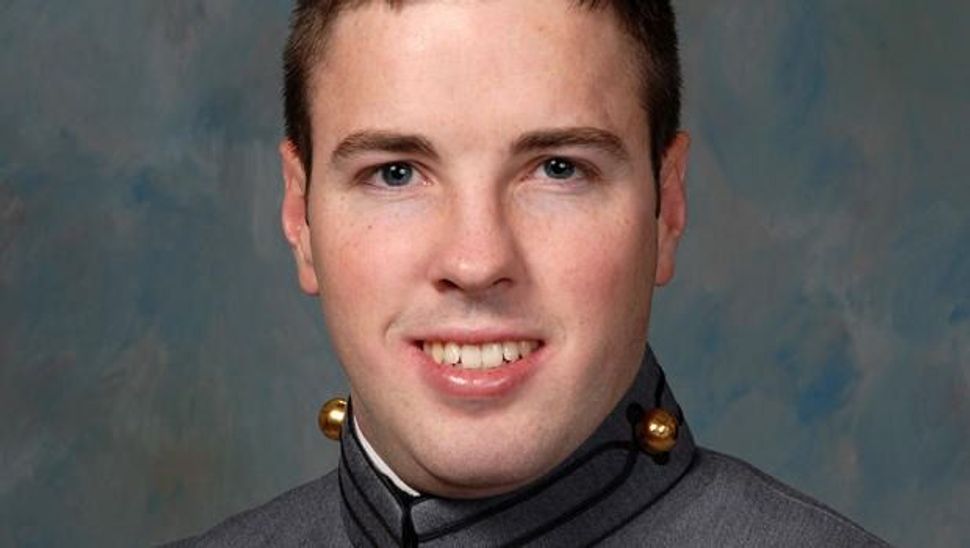 Taylor Force, the American graduate student killed in a Tel Aviv stabbing spree, was remembered at a memorial service in Israel as someone “who loved everyone regardless of their race, religion and creed.”

David Simpkins eulogized his friend and former West Point classmate in a ceremony Friday at Ben Gurion Airport before Force’s body was returned to his family for burial in the United States. Force, a student at the Vanderbilt University Owen Graduate School of Management, was on a school trip to Israel when he was killed March 8 in the popular Jaffa Port area.

Simpkins, who moved to Israel, said Force was “a perfect example of a U.S. Army officer: He was humble, optimistic, hard-working, handsome, and he genuinely loved everyone regardless of their race, religion and creed,” according to Haaretz.

Former Knesset member Dov Lipman, who made aliyah in 2004, organized the ceremony and read a letter from Force’s sister, Kristen, on behalf of the family, The Jerusalem Post reported.

“Please convey our deepest appreciation to the Israeli people and government who have been so compassionate and thoughtful during the worst moment of our lives,” the letter read. “Taylor was our world and our lives are forever changed, but knowing Israel mourns with us is comforting.”

Members of the U.S. military serving in the area attending the service were led by Lt.-Gen. Frederick Rudesheim, the U.S. security coordinator for Israel and the Palestinian Authority, and Deputy U.S. Ambassador William Grant. Force served in Army units in Iraq and Afghanistan.

Lipman said in a Facebook post: “May Taylor’s family be comforted by the collective hug from the people of Israel and may his memory be a source of blessing for all.”