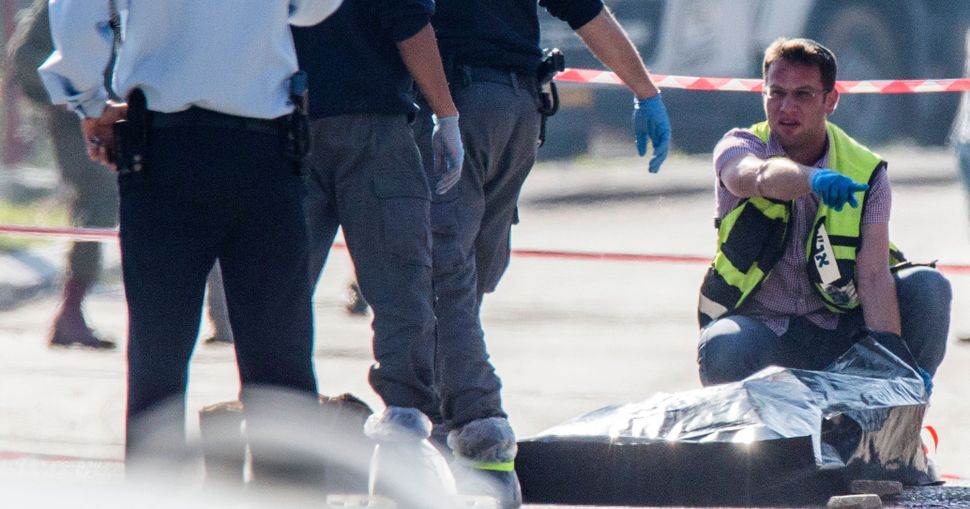 JERUSALEM — An Israeli woman in her 20s was taken to the hospital in serious condition following a stabbing attack at a bus stop near Ariel in the West Bank.

The two assailants were shot and killed by Israeli security forces who responded to the attack on Thursday morning, the Israel Defense Forces spokesman said.

Ariel, a West Bank city located south of Nablus, has a population of more than 18,000.

On Wednesday, a Palestinian boy, 14, was caught trying to climb the security fence from the Shuafat refugee camp into Jerusalem, the Jerusalem Post reported. He was carrying a knife hidden in his clothing and admitted to planning to carry out an attack in Jerusalem, according to police.