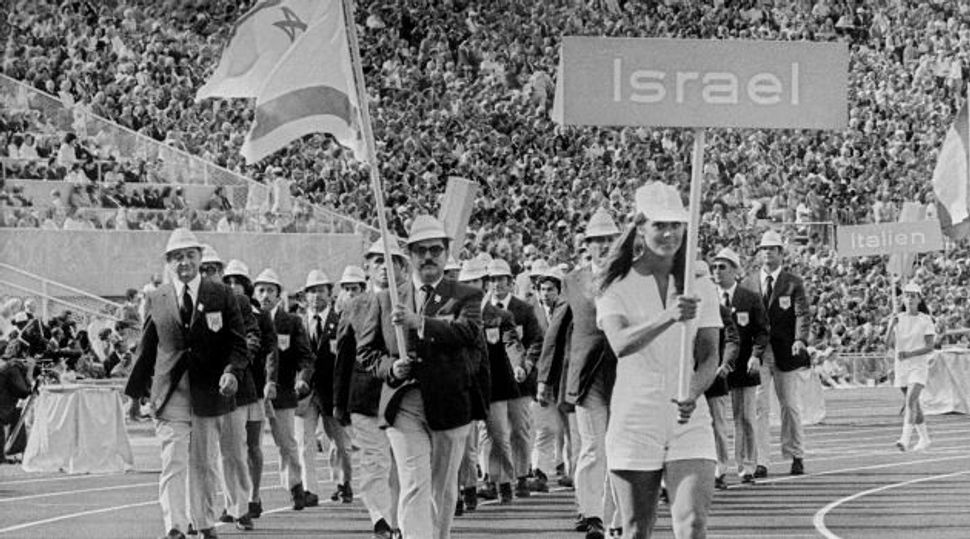 RIO DE JANEIRO (JTA) — The eleven Israeli athletes murdered by Palestinian terrorists during the Munich Olympics in 1972 will be honored at a ceremony led Brazilian and Israeli officials during the 2016 summer Olympic Games.

The August 14 ceremony will take place at the Rio City Hall led by the Israeli Olympic Committee and the Israeli consulate. The widows of weightlifter Yosseph Romano, who was kidnapped, castrated and murdered by the terrorists, and Andre Spitzer, who was a fencing coach, will light eleven candles at the Rio ceremony, reported Folha de S. Paulo newspaper.

“As Brazilian, Jewish and Zionist, we are deeply moved by the International Olympic Committee initiative. The fact it will happen in Brazil is very remarkable to all Brazilian Jews,” Israel’s honorary consul in Rio, Osias Wurman, told JTA. “We must remind the world that killing Israeli Jews was not a practice restricted to Munich. Nowadays, the suicide terror once again stabs innocent Jews in the land of Israel.”

The IOC had already announced a special area in the Olympic Village in Rio to commemorate the memory Olympians who have died, including the Israeli athletes. In addition, a “moment of reflection” in honor of all dead Olympians will be held during the closing ceremony.

“There will be no minute of silence at the opening ceremony,” read an IOC note, frustrating a longtime request of families. “We will dedicate a moment during the closure ceremony to allow everyone at the stadium and everyone watching at home to remember their loved ones that have passed away.”

Israel so far has 20 qualified athletes for the Rio games, to be held August 5-21 in Rio de Janeiro. This is the 16th Olympic Games attended by the Israeli national team since 1948. To date, Israel has won seven Olympic medals, including one gold, one silver and five bronze.