AIPAC To Appoint First Woman President in Over a Decade 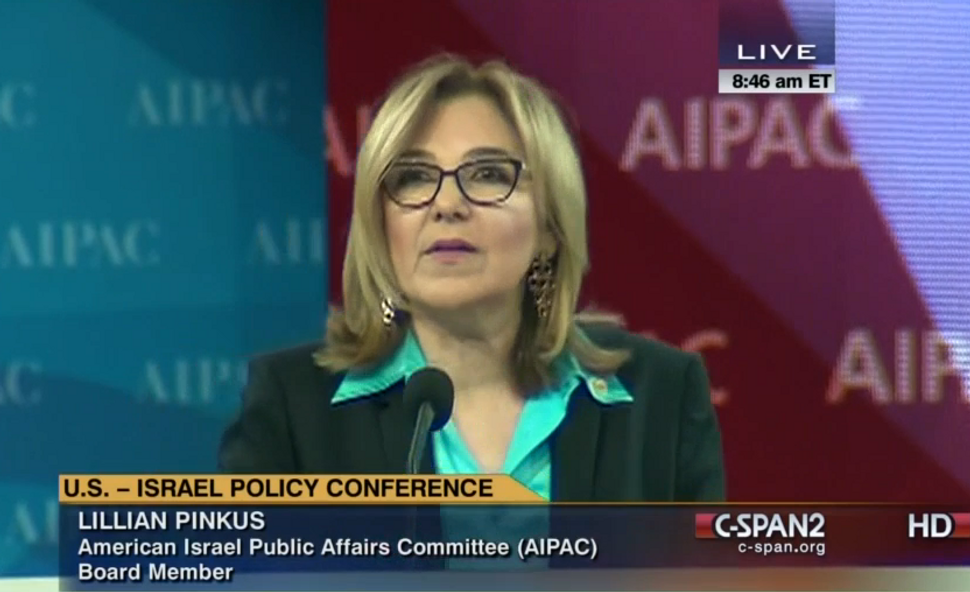 Lillian Pinkus, from Dallas, will assume the presidency of the American Israel Public Affairs Committee during its annual policy conference in Washington, D.C., from Sunday through Tuesday.

She will be the first woman to lead the lobby since 2006, when Bernice Manocherian ended her presidency. Manocherian was preceded by Amy Friedkin, whose 2002-04 presidency was the first time a woman led the group. Terms run two years, and ex-presidents generally continue as chairs of the national AIPAC board for another two years.

Pinkus told the Texas Jewish Post last week that her priorities would include making the organization more diverse.

An emphasis at the conference this week is diversity, with a corridor lined with poster-size photos of black, Hispanic and Christian AIPAC members.

Pinkus, the daughter of Holocaust survivors, also said one of her challenges would be overcoming the polarization in Washington.

“I don’t think it’s a secret to anyone that our political environment today is perhaps more polarized and more divisive than at any other time in recent memory,” she told the Post. “So working in a bipartisan manner becomes difficult and challenging in that environment.”

A major challenge for AIPAC this conference is that Republicans and Democrats have yet to agree on a bill that would enhance scrutiny of the Iran nuclear deal reached last year.

AIPAC To Appoint First Woman President in Over a Decade