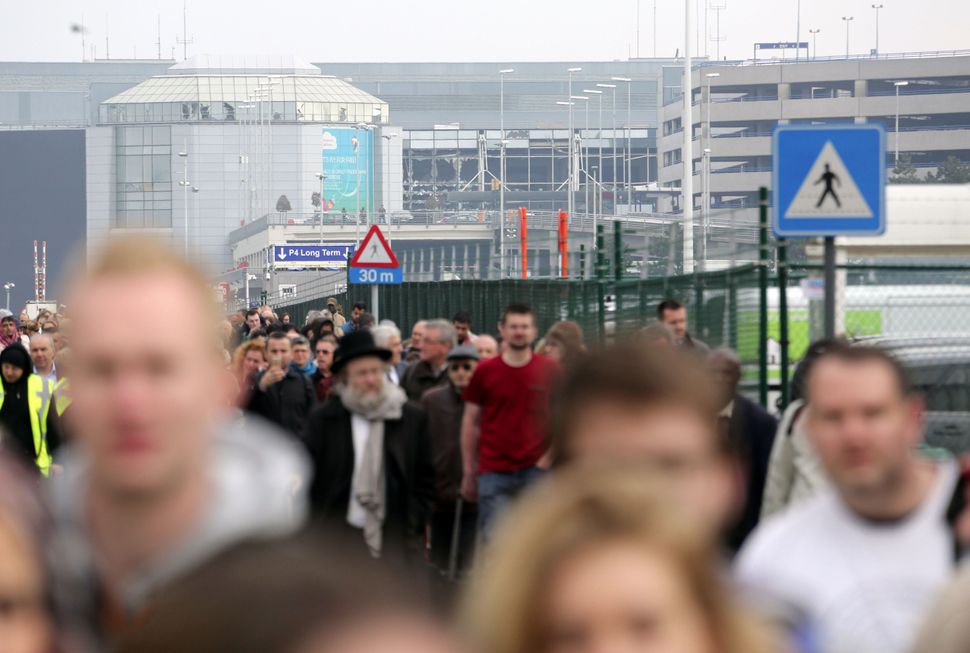 The warning came from Israeli officials charged with evaluating security standards at airports that operate flights to Tel Aviv, Israel’s Channel 2 reported Wednesday. The Israelis found “significant shortcomings” at the airport, which was the scene of two deadly bomb explosions on Tuesday.

Those bombings, and a third at a Brussels subway station, have thus far claimed 31 lives and injured 300. The Islamic State group, or ISIS, claimed responsibility.

The Channel 2 report is one of several to emerge since the attacks that have raised questions about Belgium’s defenses against terrorism. On Wednesday, authorities announced that two of the brothers suspected in the attacks had criminal backgrounds and ties to ISIS and the perpetrators of the terrorist attacks in Paris in November. Turkish President Recep Tayyip Erdogan said one of the brothers had been detained in his country as a foreign terrorist fighter in June and deported back to Europe.

Neither brother had been under Belgian surveillance.

The attacks Tuesday paralyzed Brussels and sent Jewish institutions there and in Antwerp into lockdown.