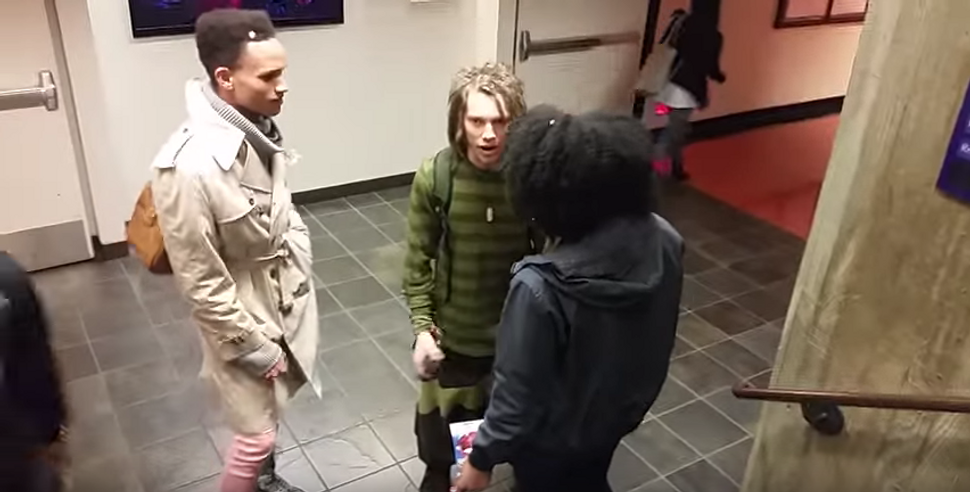 Cory Goldstein tries to make his way up the stairs, as captured on Nicholas Silvera’s YouTube video.

The interested internet might have remained ignorant of the contretemps between the two San Francisco State University students had one Nicholas Silvera not filmed their interaction. His video — the first published under that name — has garnered 2.5 million views.

“You’re saying that I can’t wear my hairstyle, because of your culture?” Goldstein says in the video, before Tindle repeatedly tries first to physically block his way up a staircase and then pulls him back down the steps.

Much of the video has a stagy quality, but whether it’s real or acted, it touches on a national debate about race made prominent by the #BlackLivesMatter movement and such events as multiple police shootings of unarmed black men and the lead crisis in Flint, MI.

Goldstein has deleted his Facebook page but before he did that, he stated in a post that he had filed a complaint about Tindle with the school, but did not plan to press charges.

Also on his Facebook page, Goldstein said he’s a San Francisco native who works as a camp counselor at a Jewish Community Center.

He’s a DJ, as is his girlfriend, Krystina Flowtress. This is her profile picture, as of March 29. 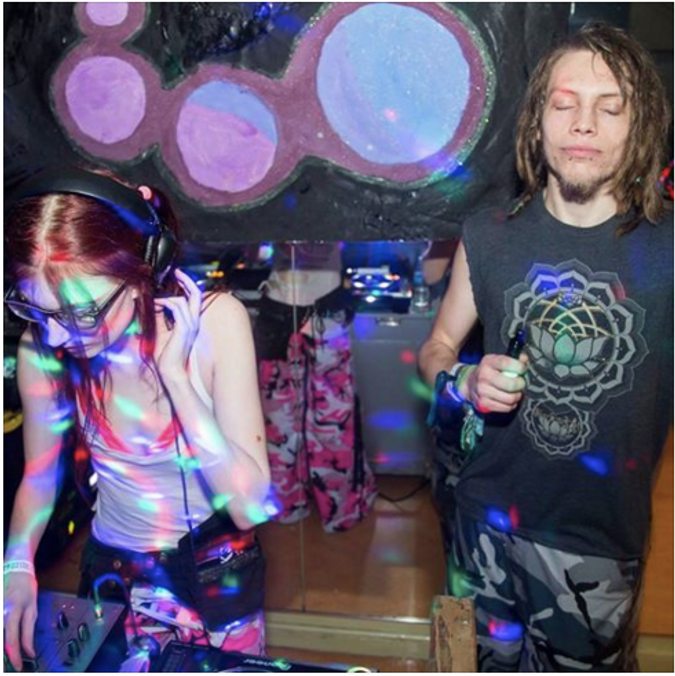 Krystina Flowtress and Cory Goldstein, via her Facebook page.