Bernie Sanders in the Bronx. Image by Getty

A day after Hillary Clinton rallied the faithful in Harlem, her Democratic primary opponent Bernie Sanders rocked the Bronx Thursday. 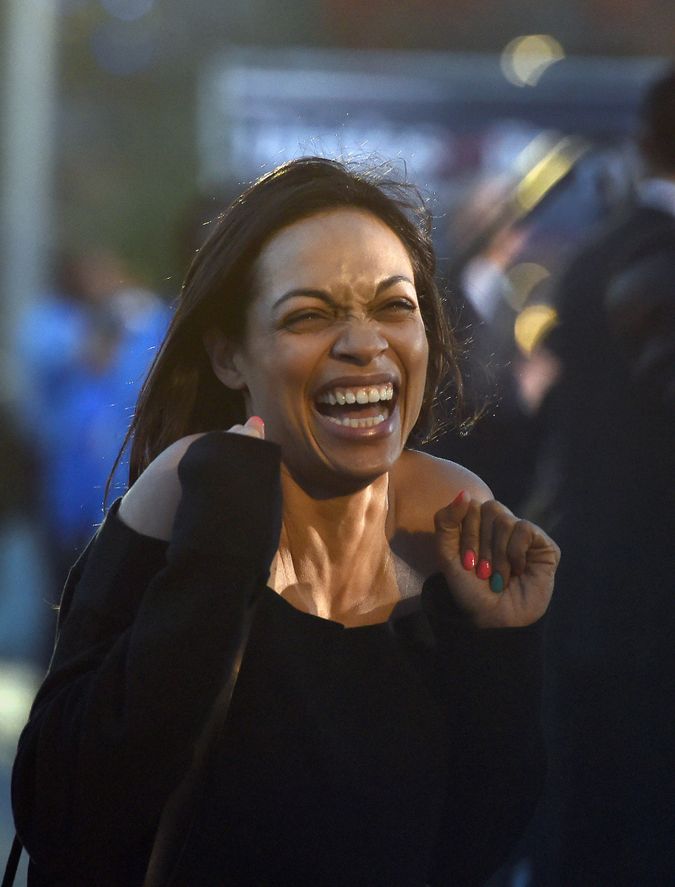 Rosario Dawson rallies for Bernie Sanders in the Bronx. Image by Getty

The feisty actress criticized Clinton for suggesting that the Vermont senator is soft on women’s issues.

“Shame on you, Hillary,” Dawson scolded. “He has always stood up for women’s rights.”

Sanders riled up the crowd of 15,000 with talk of revolution.

“This campaign is about creating a political revolution. You are the heart and soul of this revolution,” he said.

“In America today we will not accept a situation where the top one tenth of the one percent now owns almost as much wealth as the bottom 90 percent.”

Sanders said New York, with its 247 delegates, is crucial to what many agree is a tough path to victory.

“If we win in New York we are going to make it to the White House,” he said.

Lee played the age card, noting that Clinton seems to have older voters in the state behind her. They have to “get their minds right” and back Sanders, he told the crowd.

Clinton does, in fact, lead Sanders in polls in the Empire State. But she’s not taking voters for granted, she said Wednesday night in an event broadcast live from the Apollo Theater.

“I don’t need to tell you this is a wild election year. I’m not taking anything or anyone for granted,” President Barack Obama’s former secretary of state said.

Her supporters leapt to their feet and chanted, “Deal me in!”

Live at the Apollo Theater! Hillary’s speaking now about the values that make New York—and America—great.