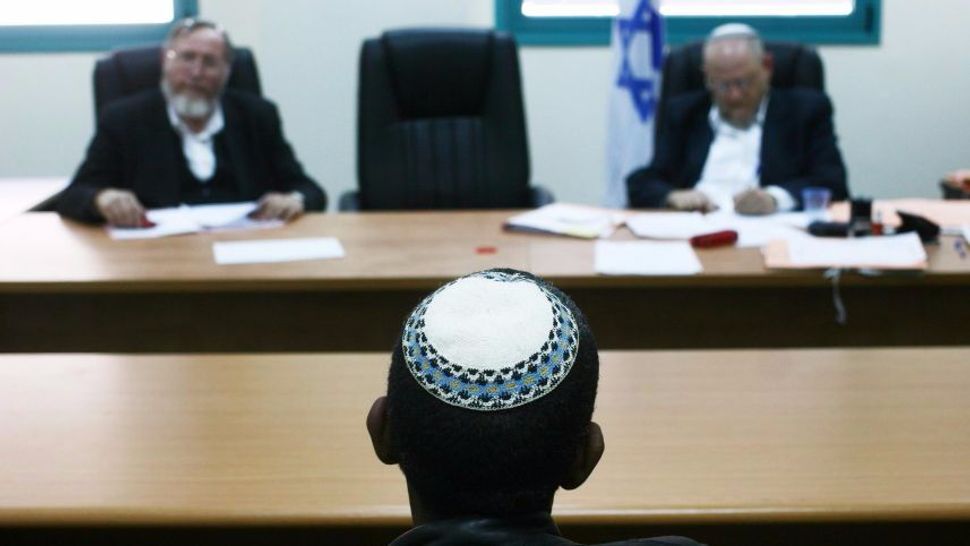 The two ultra-Orthodox parties in the Israeli government, Shas and United Torah Judaism, are planning to sponsor legislation to block implementation of last week’s High Court ruling that recognized private Orthodox conversions in Israel. It would also block recognition of conversions performed under auspices of the Reform and Conservative movements.

In its ruling on Thursday, the High Court accorded recognition to conversions performed privately by Israeli ultra-Orthodox community rabbis outside of the auspices of the Chief Rabbinate. Nevertheless, the ultra-Orthodox parties view the ruling as a precedent that opens the door to other overly lenient religious courts.

The reaction from the non-Hassidic so-called Lithuanian wing of ultra-Orthodox Jews, which might have been expected to hail the ruling that recognizes the private religious court headed by Bnei Brak Rabbi NIssim Karelitz, was not positive. The Degel Hatorah newspaper Yated Ne’eman, which represents the stream, published a story on the issue Friday with the headline accusing the high court of continuing to “undermine.” It ran next to an editorial entitled “A devious and strangling embrace.”

“[The High Court] intends to destroy conversion and condone ‘conversions’ by Tzohar and pave the way to Reform ‘conversion’ in a dangerous trick,” the paper stated. Tzohar is an organization of religious Zionist rabbis who seek to bridge the divide with the secular community and liberalize conversion practices. “It is not coming by force but rather purportedly authorizing the Badatzim (private religious courts) with a pleasant smile.”

Two United Torah Judaism members, MK Moshe Gafni of the Degel Hatorah faction and Health Minister Yakov Litzman of the Hassidic Agudat Yisrael faction, issued a joint statement in which they declared their intention to sponsor legislation on the issue. It would be similar to legislation that they are promoting to circumvent a recent High Court ruling that requires local Orthodox religious councils to allow their ritual baths to be used for Reform and Conservative conversions. Bezalel Smotrich of the Habayit Hayehudi party said he would support legislation bypassing the court’s ruling.