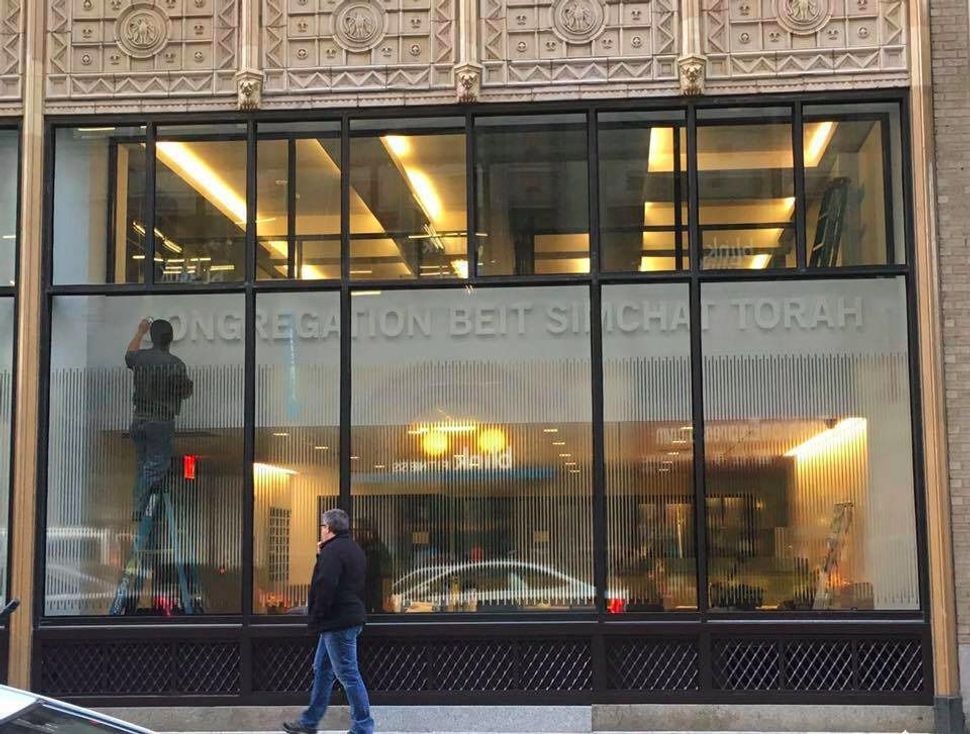 Jubilant congregants blew a shofar and Mayor Bill de Blasio and Sen. Chuck Schumer spoke at the dedication of the new space on West 30th Street.

CBST bills itself as a home for progressive Jews and is considered one of the leading shuls for LGBT Jews.

The new synagogue is in the Chelsea neighborhood, about a mile uptown from its longtime home in the West Village.