Clinton, Sanders To Debate In Brooklyn Ahead of New York Primary

Hillary Clinton has agreed to a face-off with Bernie Sanders in Brooklyn after the Vermont senator accused her of being a debate dodger.

The two will meet in New York’s most populous borough in the Brooklyn Navy Yards on April 14, five days before the Democratic primary.

It will air on CNN and local cable station NY1. Wolf Blitzer will moderate.

The two have not debated since early March and the pressure on Clinton mounted this week with a Daily News editorial and a front page that urged her, “Don’t be a bum!” 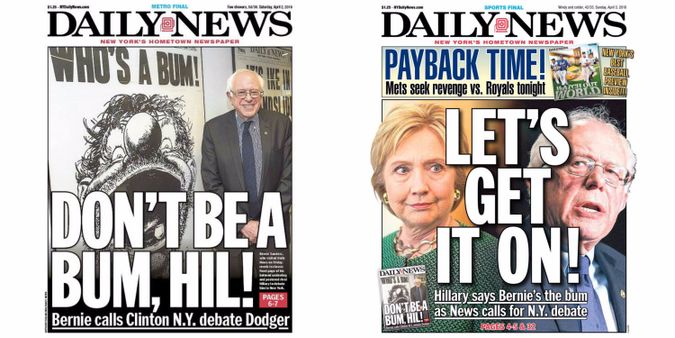 Let’s make @NY1 4/14 BKLYN debate happen. @BernieSanders: I’ll help you secure any permit you need to ensure your NYC rally can happen too.

Clinton, Sanders To Debate In Brooklyn Ahead of New York Primary