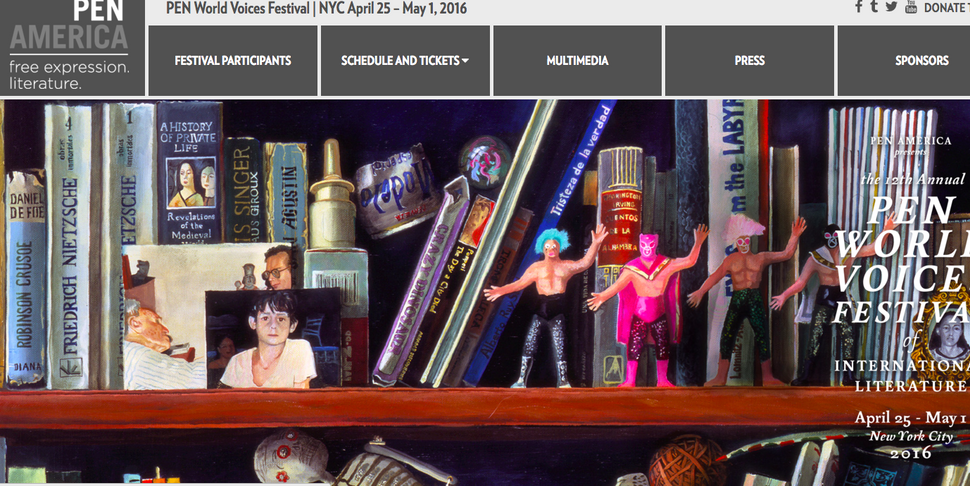 The literary writers’ group PEN American Center is refusing to drop Israeli government sponsorship from its annual festival, despite calls by dozens of members to do so.

According to a news release issued Tuesday by Adalah-NY, a group that supports the Boycott, Divestment and Sanctions movement against Israel, more than 100 writers signed onto a letter demanding PEN “reject support from the Embassy of Israel” for its World Voices Festival to be held later this month in New York.

Among the signers, according to Adalah-NY, are Pulitzer Prize winners Junot Díaz, Richard Ford and Alice Walker, and award-winning author Louise Erdrich.

According to a PEN American Center spokesperson, the General Consulate of Israel provided a small contribution to underwrite the costs of airfare, hotel, per diem, interpreters and related expenses contribution for individual Israeli writers selected for participation by the festival.

In an email to members cited by Adalah-NY, PEN American Center said it was maintaining the Israeli funding because of a policy against “cultural boycotts of any kind” and the need to “promote dialogue.”

“It is deeply regrettable that the Festival has chosen to accept sponsorship from the Israeli government, even as it intensifies its decades-long denial of basic rights to the Palestinian people, including the frequent targeting of Palestinian writers and journalists,” the letter says.

PEN American Center, the festival organizer, is a U.S. branch of the writers’ freedom of expression organization PEN International.