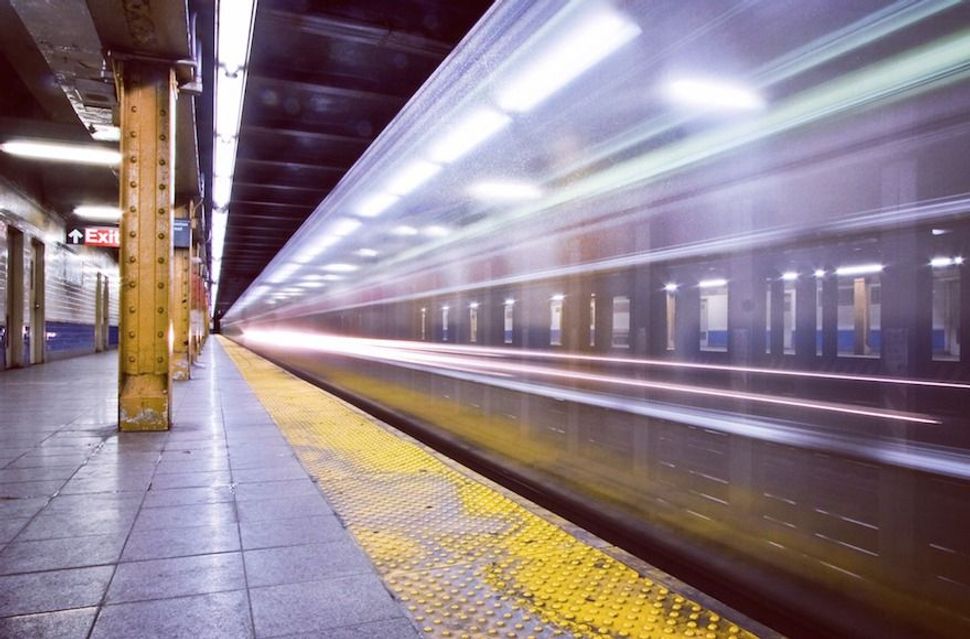 Abraham Fekete, 55, had dozed off on a bench when, just before 3:30 a.m., he was attacked by an unidentified man, who slashed his neck, arm and hands before running away with his cash, according to police.

Police said Fekete, dressed in traditional Hasidic clothing, had been traveling from Brooklyn to meet friends in the diamond district of Manhattan when he got lost. He had sat down to read the subway map at the Bleecker Street station in the well-to-do Greenwich Village neighborhood when he fell asleep.

Another man and his friend found Fekete bleeding after the attack, and applied pressure to his wounds until paramedics arrived, police said. Fekete was taken to Bellevue Hospital, where he is listed in stable condition.

The suspect has been described as a homeless black man who was wearing an orange hoodie.

Police were reviewing footage from surveillance cameras at the station. A bloody handle from the knife believed to have been used in the stabbing was recovered.

Last month, police arrested a 26-year-old homeless man they said had stabbed three people in New York, including an Orthodox Jew in the Brooklyn neighborhood of Crown Heights. After the arrest, police said the attacks were likely not a hate crime but the actions of a seemingly deranged person.

The Anti-Defamation League, which in February called the stabbing an “apparent targeted act of hate,” praised the New York Police Department for the arrest.