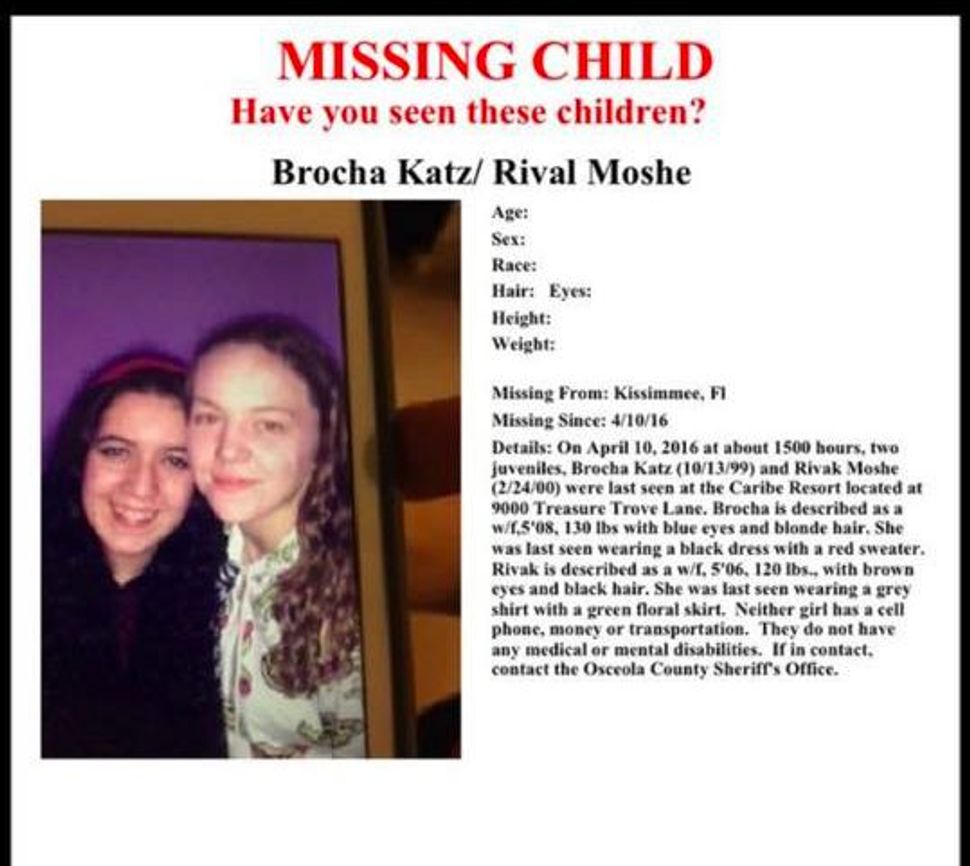 Two 16-year-old girls from the Chabad-Lubavitch community who went missing during a Shabbat afternoon walk while on a class trip in Orlando, Florida, were found in a nearby area of densely wooded swampland.

The girls, identified as Rivka Moshe and Brocha Katz, both students of Bais Chana High School in Miami, left a resort in Kissimmee where the class was staying at 3 p.m. Saturday and did not return, school officials told Lubavitch news outlets.

An Amber Alert was issued.

Brocha’s sister, Devorah Katz Shor, in a Facebook post on Saturday night called on the public to say psalms for the safe return of the girls.

It took rescue teams more than an hour on Sunday morning to reach the girls, who were only several thousand feet from the resort, Chabad.org reported. The girls were being reunited with their parents, who traveled to Orlando from Miami after they were reported missing.