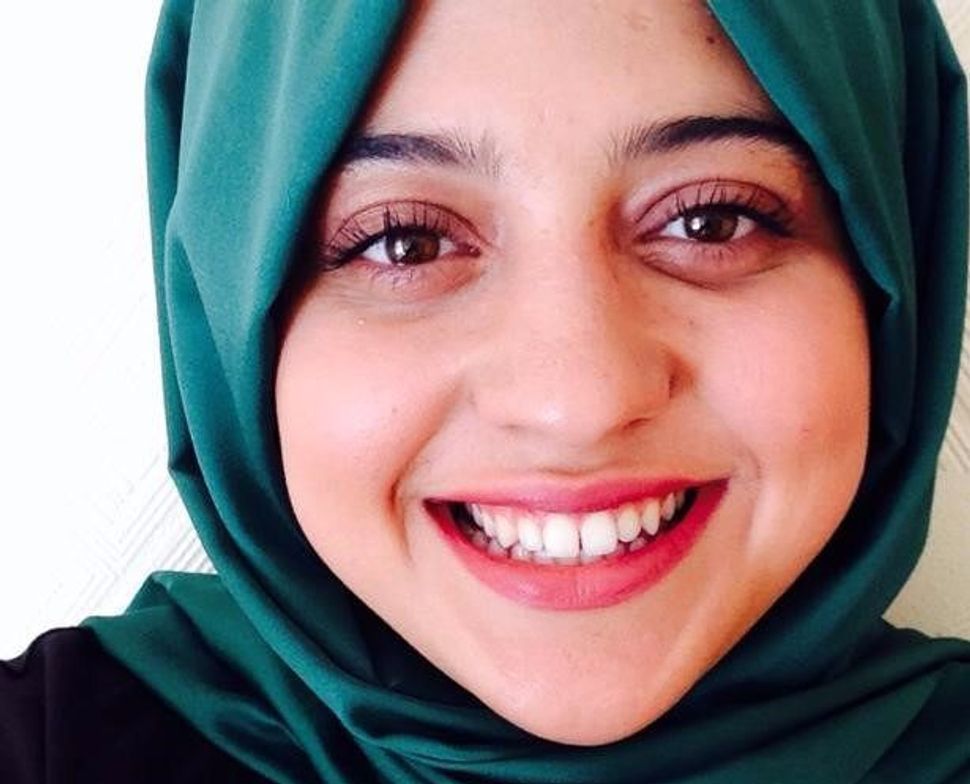 Britain’s Labour Party has suspended a municipal lawmaker over anti-Semitic tweets written before she was elected, including one praising Adolf Hitler as the “greatest man in history.”

Aysegul Gurbuz, 20, a councillor in Luton, located about 30 miles northwest of London, denied that she had written the tweets, saying her sister had posted them on their joint Twitter account, the Daily Mail reported.

The Labour Party said Gurbuz, who is Muslim, would be suspended pending an investigation. She was elected in May, becoming the youngest lawmaker in her district’s history.

Along with the lauding of Hitler, other tweets posted between 2011 and 2014 said Gurbuz hoped Israel would be wiped out by an Iranian nuclear bomb and “The Jews are so powerful in the US it’s disgusting.” Another read: “Ed Miliband is Jewish. He will never become prime minister of Britain.” Miliband is a former foreign minister of Britain.

Labour has seen a string of scandals involving alleged anti-Semitism, leading to the suspension of at least one party activist.