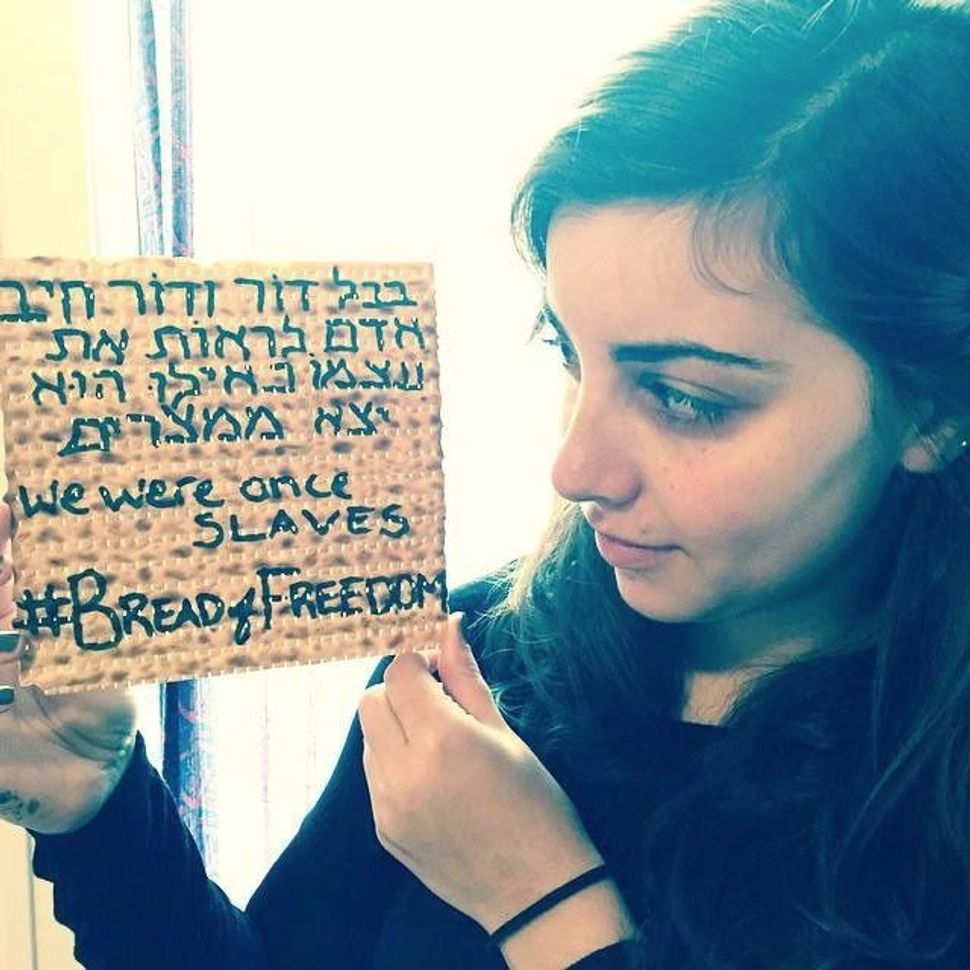 Simone Zimmerman was appointed only two days ago to take charge of Sanders’ outreach efforts to Jewish voters and donors. But a year-old Facebook post in which she described Israeli Prime Minister Benjamin Netanyahu as “arrogant” and “manipulative” and in which she used profanity when referring to him, drew harsh criticism on social media and from several Jewish leaders.

Michael Briggs, the Sanders campaign spokesman, announced that Zimmerman “has been suspended while we investigate the matter.” Her suspension was first reported by the New York Times.

Zimmerman, a former J StreetU student activist, has been an outspoken critic of the policies of the Israeli government and its prime minister. On Wednesday, the Washington Free Beacon, a conservative website,revealed Zimmerman’s old Facebook post in which she used vulgarity toward Netanyahu.

The first to call out Sanders for appointing Zimmerman was former Anti-Defamation League national director Abraham Foxman who urged the Democratic candidate to fire his Jewish outreach coordinator immediately. “No amount of word changes can cure her ugly characterization of the Prime Minister of Israel and the Israeli army and people defending themselves,” Foxman said.

Later, World Jewish Congress president Ron Lauder joined the call, arguing that the choice of Zimmerman reflects on Sanders himself. “We are known by the company we keep, and those whose advice we seek,” he said.

The Sanders campaign did not provide any further explanation regarding Zimmerman’s suspension and it was not clear if it was a temporary measure or a final dismissal.

The flap over Zimmerman’s appointment comes on the heels of Sanders’ recent comments that drew criticism from pro-Israel officials and only days before New York, the state with the largest Jewish population in America, holds its primaries. Sanders came under fire for mistakenly stating that Israel killed 10,000 Palestinians during its 2014 Gaza campaign. He later corrected the figure, but still insisted that Israel’s response to the rocket attacks from Gaza was disproportionate.

While Hillary Clinton has maintained an elaborate Jewish outreach operation since the start of the primary season, Sanders has done little to target Jewish supporters. He had one meeting with the Jewish federation of Iowa before the state held its caucuses in the winter but did not have dedicated staff working with the Jewish community.

It is not clear whether Sanders will now appoint a new coordinator for Jewish outreach.