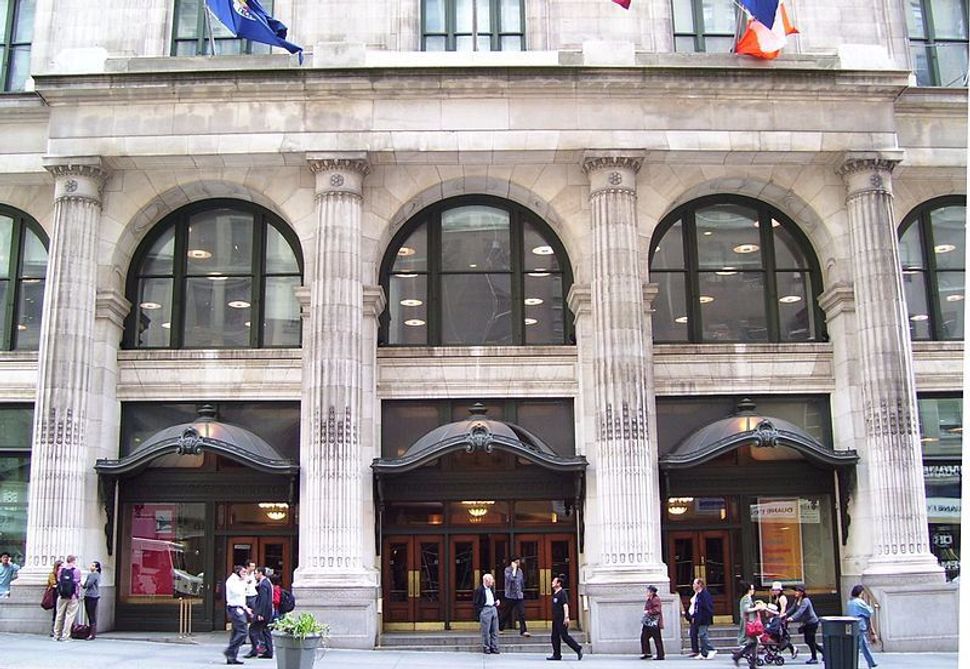 The Doctoral Students’ Council at the City University of New York passed on Friday.

The resolution passed with 42 students in favor, 19 opposed and 9 abstentions, and endorsed the call to “boycott Israeli academic institutions for as long as the Israeli state continues to violate Palestinian rights under international law.”

The academic boycott of Israel is an important instrument of the Boycott, Divestment and Sanctions movement, or BDS.

CUNY leadership stressed that the students’ vote was not reflective of school policy. The Graduate Center stressed in a public statement that the vote is “not a resolution supported by the GC nor the university as a whole” and that the center is “opposed to academic boycotts which “directly violate academic freedom.”

“We are disappointed by this vote from one student group,” a statement from CUNY’s Chancellor James B. Milliken read, “but it will not change CUNY’s position.”

Notably, the new resolution also expressed support for the activist group Students for Justice in Palestine, which has played a prominent role in the national debate about BDS — and has recently found itself at the center of a heated national debate about the limits of free speech and the definition of anti-Semitism.

In recent months, SJP has come under fire from the right-wing Zionist Organization of America, which alleges that the pro-Palestinian group is behind a spate of anti-Semitic incidents on CUNY campuses. The university has set up an investigation to probe into claims of anti-Semitism.

SJP leaders say they are opposed to Zionism but deny allegations that their group is anti-Semitic.

In the lead up to the vote, Milliken already made clear that he opposed the doctoral students’ endorsement of BDS.

“Other CUNY leaders and I have consistently and publicly opposed a boycott of Israel institutions of higher education,” Milliken wrote in a letter to the Forward.

Milliken also suggested that the student government’s endorsement would not have bearing on CUNY policy.

“At the end of the day,” he wrote, this is a call to action, but “a decision on this matter is the province of the CUNY Board of Trustees.”

A statement from the student organizers of the resolution evoked the DSC’s history of taking “important stances on pressing issues” such as the Vietnam War.

“The resolution we put forth today is consistent with this commitment to social justice and global solidarity,” the organizers said.

The DSC considered a similar resolution in 2014, but it did not pass. New York University’s graduate student union will be considering their own resolution to endorse an academic boycott of Israel next week, Politico reported.