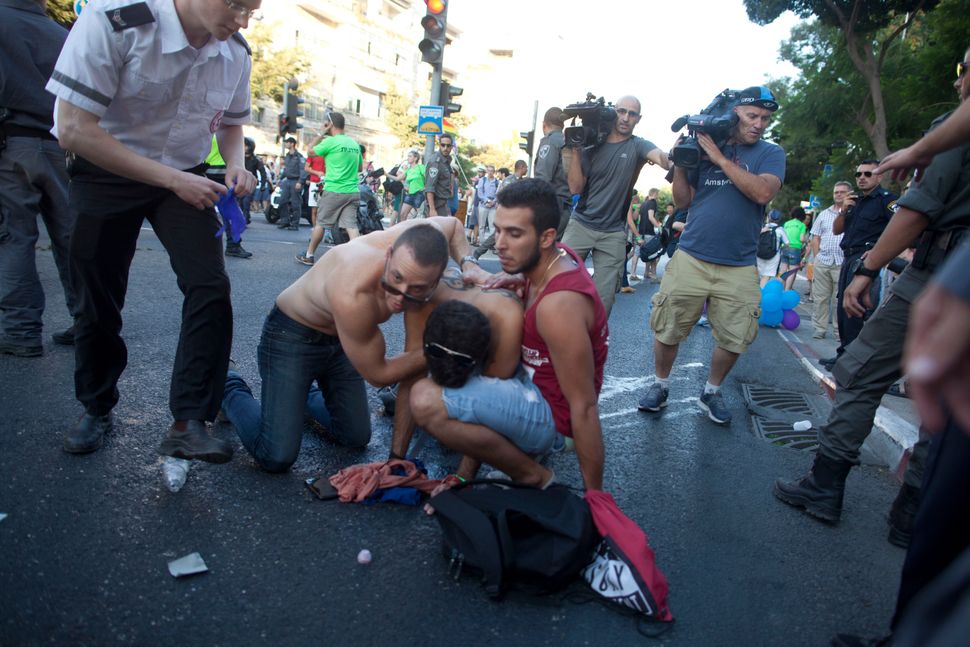 The haredi Orthodox man who stabbed six marchers at the Jerusalem gay pride parade, killing a 16-year-old girl, was convicted of murder.

Yishai Schlissel, 40, was convicted on Tuesday in Jerusalem District Court for murdering Shira Banki, 16, who was marching in the July 2015 parade in support of her gay and lesbian friends. He also was convicted on six counts of attempted murder for the stabbing injuries caused to other marchers, and of aggravated assault.

Schlissel had been released from prison several weeks before the parade after serving 10 years for a similar attack at the Jerusalem gay pride parade in 2005. In the days leading up to the 2015 parade, he expressed his opposition to the parade in interviews and in ads in haredi- Orthodox synagogues in Jerusalem and Kiryat Sefer.

Police initially turned Schlissel away at an entrance point to the parade, but he found a way in later in the route.

“The ease with which the plaintiff successfully infiltrated the parade is beyond comprehension. The writing was on the wall,” Judge Nava Ben-Or said in her ruling.

“Shira was a young, innocent, and a good-hearted person. She had hopes and dreams. The plaintiff, in his dark and cruel act, ended her life,” the judge also said.

Schlissel had eschewed legal counsel, saying the court does not recognize Jewish law, and he did not cooperate with the investigation. He was found fit to stand trial after two psychological assessments and was represented by a public defender. The prosecutor is expected to ask for a life sentence.

In February, the Jerusalem Municipality announced that it would rededicate Zion Square in downtown Jerusalem in memory of Shira. The square located on Jaffa Road adjacent to the popular Ben Yehuda pedestrian mall will be renamed Tolerance Square after it undergoes renovation.