Jerusalem Bus Terrorist May Be Among Those Wounded by Bombing 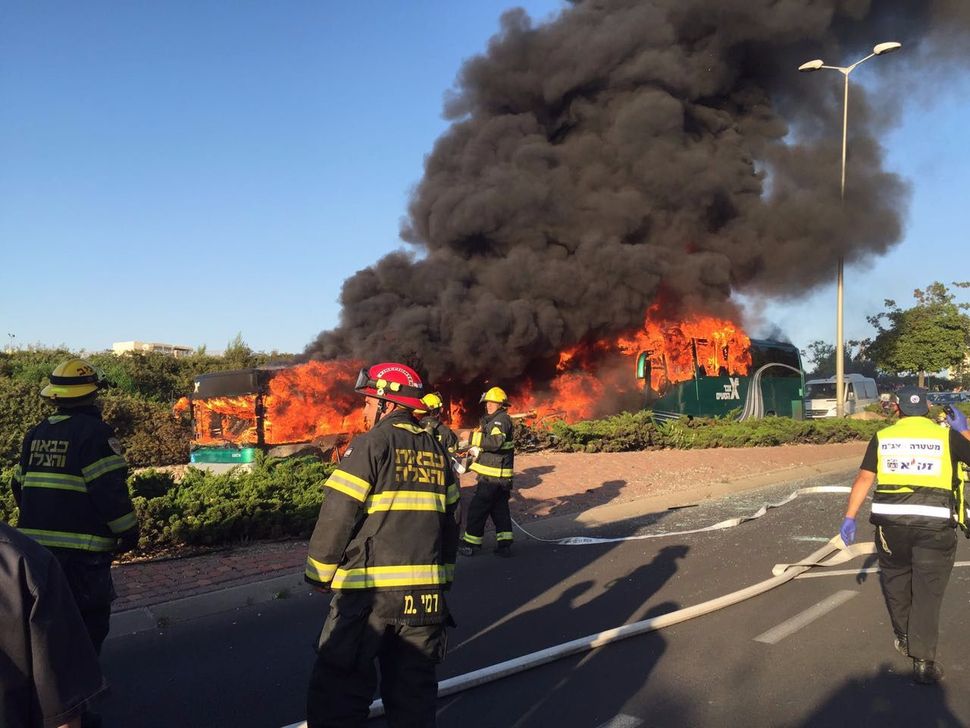 Jerusalem — Security has been ramped up throughout Jerusalem in the wake of the bus bombing on Monday that injured 21 people.

Rosenfeld cited bus stations and the light rail tram system in the city but did not specify how many reinforcements.

According to The Jerusalem Post, the municipality said the bombing will not alter plans for the tens of thousands of Jewish visitors expected to visit the Old City for Passover, which begins Friday night.

Meanwhile, one victim in critical condition may be the bomber, according to Israeli media reports. The person lost multiple limbs in the explosion, The Jerusalem Post reported Tuesday.

The reports have been neither confirmed nor denied by Israel Police and the Shin Bet security service, which are investigating the incident.

Rosenfeld confirmed to the Times of Israel that police officers would question the wounded and did not rule out the possibility of potential suspects among them.

“The investigation is looking to see how the explosive device was placed on the bus,” he said.

Remains of a bomb were discovered at the site of the bombing, according to the Post.

Police have placed a gag order on new details of the ongoing investigation.

The public bus was traveling in southern Jerusalem on Monday afternoon when it exploded, engulfing the nearly empty vehicle in flames. The flames scorched an adjacent bus, as well as a nearby car. The victims had burns on their upper bodies, as well as wounds from nails and ball bearings packed into the explosive device.

The attack follows a six-month wave of Palestinian stabbing and shooting attacks in Jerusalem, the West Bank and across Israel. The rate of those attacks had declined to normal levels, though Israeli officials remained concerned about a flare-up in violence surrounding upcoming religious holidays, including Passover.

Jerusalem Bus Terrorist May Be Among Those Wounded by Bombing