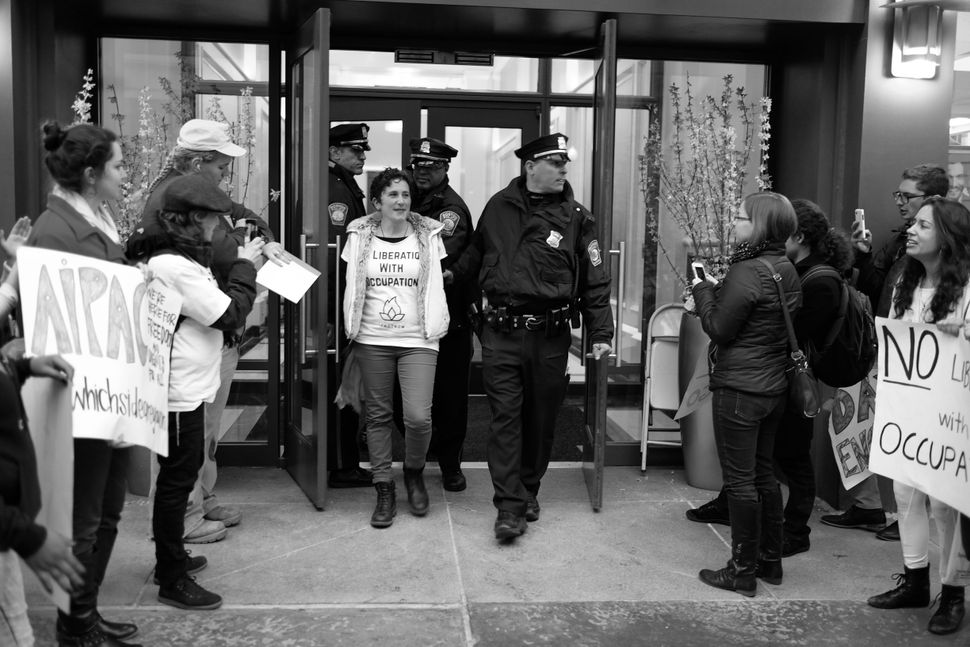 Anti-occupation protestors are arrested at AIPAC’s Boston office after chaining themselves to Seder tables, as part of an initiative by the organization IfNotNow. Image by IfNotNow

Six young Jews were arrested for trespassing Tuesday night at AIPAC’s Boston office after they chained themselves to a Seder table in protest of the organization’s support of Israel.

The protestors were participating in an event organized by the Jewish group IfNotNow, which calls on Jewish institutions to oppose Israel’s occupation of Palestinian land.

The arrests were made after the building’s security officers contacted the police. Those arrested were arraigned this morning and have a court date set for March 18, IfNotNow told the Forward. 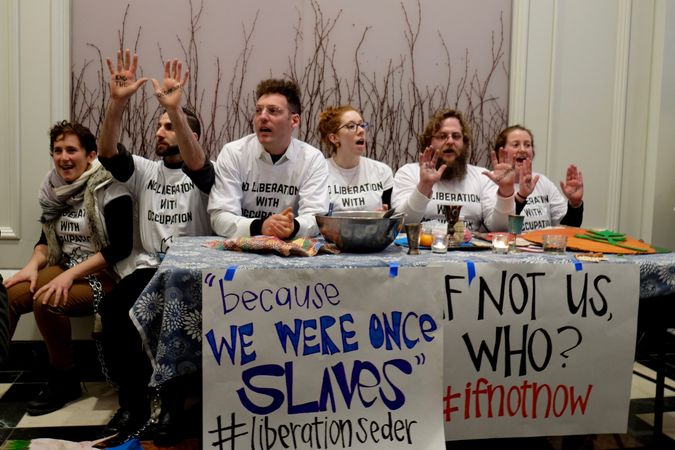 In the week leading up to Passover, the organization is holding “liberation Passover Seders” across the country at various Jewish organizations, including AIPAC.

“AIPAC’s unquestioning support of the right-wing pro-occupation government shows just how out of its leadership is with our generation’s values. From lobbying for no-strings attached dollars to fund the occupation’s violence to giving extremist politician Donald Trump a warm reception at home, AIPAC relies on the politics of fear that is holding our community back,” a statement by the organization said.

AIPAC declined a request to comment on the incident by the Forward.

IfNotNow made the news last week when one of its prominent members, Simone Zimmerman, was suspended from the position of Jewish outreach coordinator for Bernie Sander’s presidential campaign, only two days after being appointed.