What We Know About How Jews Voted in New York Primary (Hint: It Ain’t Everything) 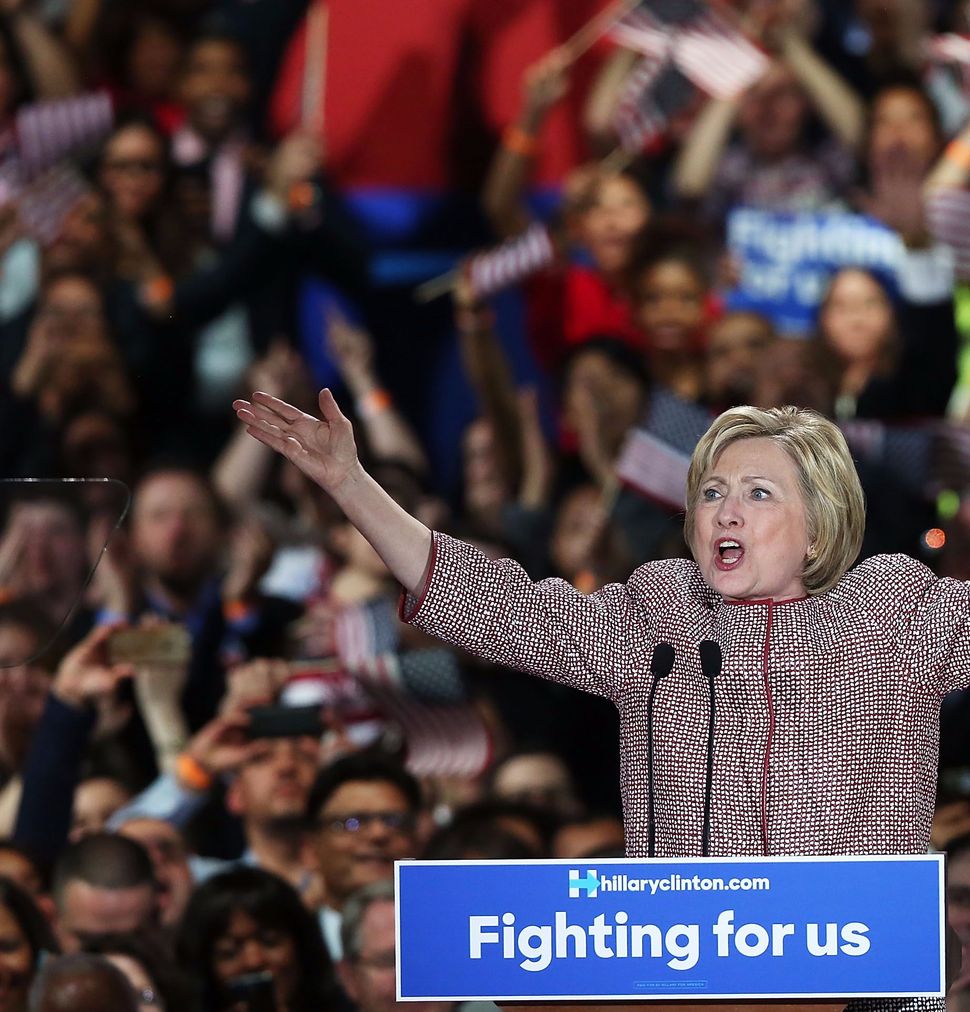 For a people obsessed with numbers, the Jews have relatively scant concrete data about how, exactly, the Jews voted in Tuesday’s presidential primary in New York.

But we do know enough to make some educated guesses.

Most New York Jews are registered Democrats, both because of their political leanings (about 55 percent of New York Jews say they are Democrats or Democratic-leaning) and because in this heavily liberal state with a closed primary system, the Democratic primary tends to be the only competitive race.

While the exit polls did not provide any breakdown of the Jewish vote, we can make some assumptions by looking at how the vote went in neighborhoods with large numbers of Jews.

In Borough Park, Brooklyn, one of the most Jewish precincts in the country, Hillary Clinton’s margin of victory, 61.3 percent to Bernie Sanders’ 38.7 percent, was slightly narrower than her citywide victory of 63.4-36.6 percent. Borough Park had 3,930 Democratic votes cast.

Clinton did much better on Manhattan’s Upper East Side and Upper West Side, where plenty of Jews live and where she took about 80 percent and 71 percent of the vote, respectively. But it’s hard to surmise anything about the Jewish vote in those neighborhoods because the Jews are mixed in with non-Jews.

On the Republican side, Ted Cruz seems to have swept the haredi Orthodox vote. In Borough Park, Cruz won with 56.6 percent compared to 37.7 percent for Donald Trump and 5.7 percent for John Kasich out of 1,642 total Republican votes cast. In Crown Heights South, Cruz finished with 45.2 percent, Trump with 40.7 percent and Kasich with 14.1 percent – but only out of a miniscule total of 177 votes. In Williamsburg, only 94 Republican votes were cast: 53.2 percent for Cruz, 38.3 percent for Trump and 8.5 percent (that’s eight votes) for Kasich.

However, Orthodox support for Cruz was not sufficient to win him a delegate in the 10th congressional district, which encompasses parts of Brooklyn and Manhattan’s West Side and is considered the most Jewish district in the country. Overall, Trump won that district with 44.8 percent of the vote to 34.5 percent for Kasich and 20.6 percent for Cruz – enough for Kasich to steal one of the district’s three delegates from Trump.

The Kasich campaign is also trumpeting his victory in the 12th congressional district, which includes the Upper East Side and parts of Queens, as evidence that Kasich won the Jewish vote because that district is the second-most Jewish in the country. But while the 12th district has many Jews, the proportion of Jews to non-Jews there makes it impossible to drawn any conclusions about how the Jews voted.

Here’s the little we know for certain: Among Orthodox Jews, Clinton and Sanders did about as well as they did among New Yorkers generally. On the Republican side, Cruz seems to have been the clear favorite among Orthodox Jews.

But less than one-third of New York’s Jewish voters are Orthodox, so that doesn’t really tell us how the Jews voted generally. The only way to get that data is to do a real survey of a large number of Jewish voters in New York. So far, we haven’t had one in the 2016 campaign.

Now that the New York primary is history, we’re unlikely to see one. That’s because, with New York a safe bet to go Democratic in November, Tuesday’s vote is the only election that really matters in the 2016 presidential campaign.

The circus may go on in other states around the country, but in New York the party’s over. Thank God for that.

What We Know About How Jews Voted in New York Primary (Hint: It Ain’t Everything)