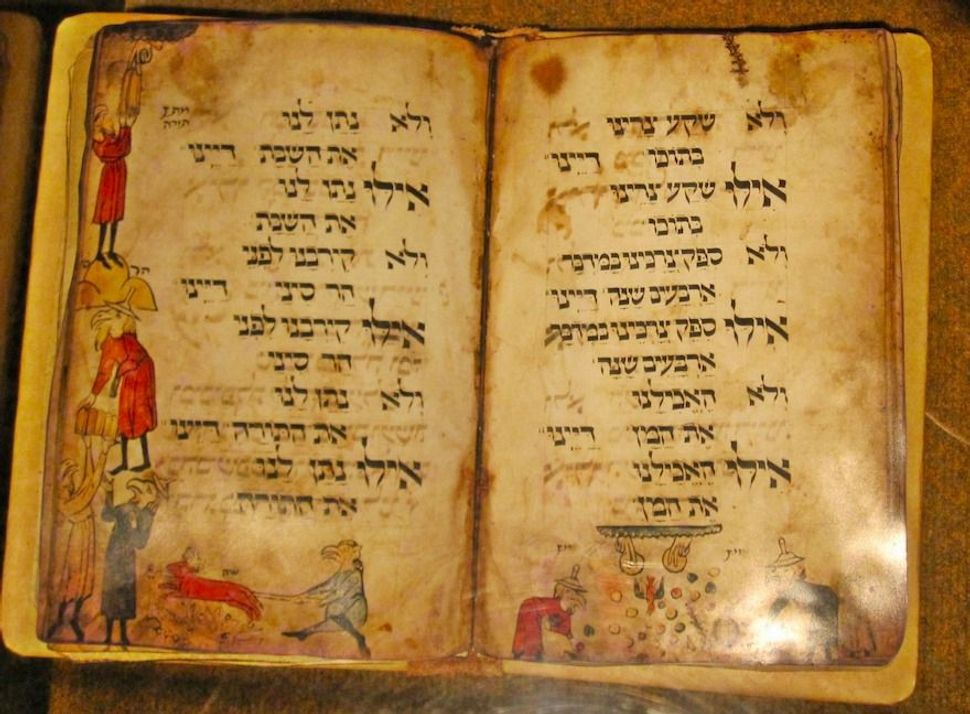 The grandchildren of a German Jewish lawmaker killed in the Holocaust are demanding the Israel Museum hand over a historic Haggadah that they say is rightfully theirs.

According to The Associated Press, grandchildren of Ludwig Marum say that the museum’s “Birds’ Head Haggadah,” believed to be the world’s oldest illustrated Haggadah, was stolen from the Marum family by the Nazis and sold without the family’s permission to the Bezalel National Museum, the Israel Museum’s predecessor.

The family, who claim the museum’s continued possession of the 14th-century manuscript is a “long-standing illegal and moral injustice,” is being represented by E. Randol Schoenberg, the same attorney whose success in restoring Gustav Klimt painting to its Jewish heir was depicted in the 2015 Hollywood film “Woman in Gold.”

“We want a compromise,” said Eli Barzilai, 75, who is leading the effort on behalf of himself and his cousins. Barzilai lives in Jerusalem, while the other cousins live in the United States and Germany.

The Art Newspaper, which first reported the ownership claim, said the family is seeking “less than” $10 million, but neither Barzilai nor the family’s lawyer would cite a figure to The Associated Press.

Barzilai said his lawyer and the Israel Museum had exchanged correspondence regarding the Haggadah, and that he would meet museum staff for the first time in May.

The museum said in a statement that it “looks forward to meeting with Mr. Barzilai, following its several suggestions that he do so, and to learning about whatever new information and documentation he has and to sharing what the Museum knows with him.”

In an email exchange provided by Barzilai’s attorney, the museum’s lawyer acknowledged the Marum family’s ownership of the Haggadah “for a period of time up until 1933.”

The family has been aware for decades that the Haggadah they believe is rightfully theirs was at the Israel Museum. However, they did not act, in part, one grandchild says, because they thought they had no recourse.

After Barzilai heard a speech last year at the Israel Museum by Schoenberg, the lawyer who retrieved the Klimt paintings, he approached Schoenberg about his family’s case.

The “Birds’ Head Haggadah” is not the first Holocaust restitution case the Israel Museum has faced, according to the AP. The museum said it has in recent years restituted 18 works looted during World War II, and is in the process of restituting three more works. The museum says it has two researchers dedicated to combing through the museum’s collection for looted objects.