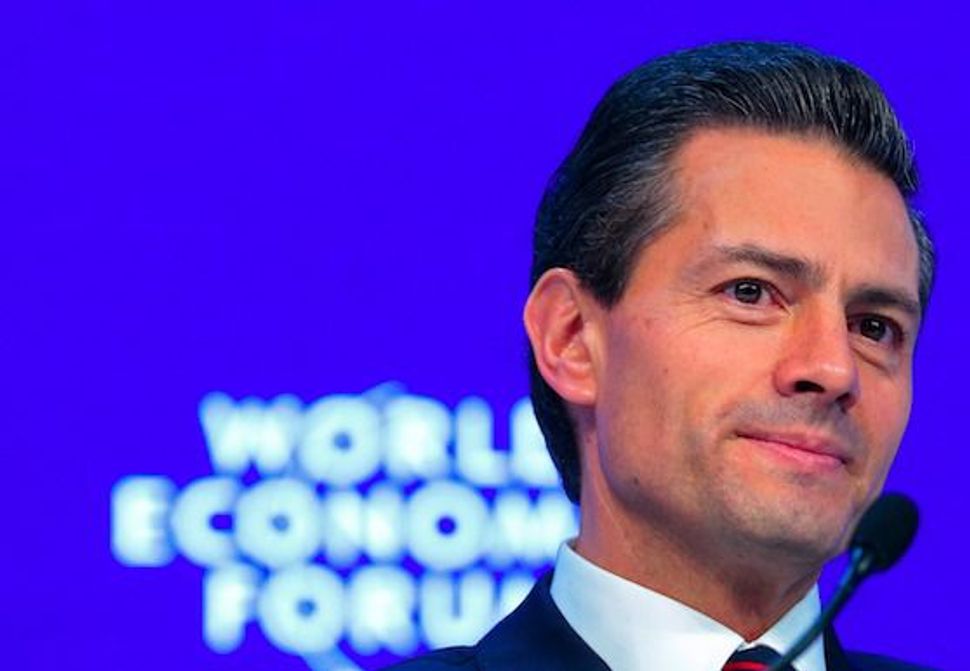 President Enrique Peña Nieto of Mexico called on Mexicans in the United States to follow the Jewish community’s example and unite to defend their interests in an urgent effort to defeat Donald Trump.

The call was announced by the newly appointed Mexican ambassador to the United States, Carlos Manuel Sada, during an interview last week with the Noticanarias news portal, and made headlines in the Latin American Jewish press.

Unity among the 35 million Mexicans and their descendants in the United States — including 6 million residents, as many undocumented workers and another 23 million U.S.-born descendants — is urgent, Sada added, due to the rise of Republican presidential candidate Donald Trump.

“Trump’s latest speech after his victory in New York mentioned Mexico again, which makes us vulnerable, certainly because we haven’t had a systematic strategy, which is part of a new strategy we are launching,” Sada said. “We’ll find models for promotion, dissemination and communication.”

All 58 Mexican consulates in the U.S. will join the effort in a special public relations campaign aimed at strengthening Mexico’s image and responding to distorted, biased attacks during the electoral period in America, he added.

Last month, Pena Nieto compared Trump’s rhetoric to that of Adolf Hitler and Benito Mussolini, and said it has hurt U.S.-Mexico relations.

Trump has sparked outrage in Mexico with his campaign pledge to build a wall along the southern U.S. border to keep out illegal immigrants and drugs, and to make Mexico pay for the construction. He also accused Mexico of sending rapists and drug runners across the border, and vowed to increase fees on some Mexican visas and all border crossing cards to help make Mexico pay for the proposed wall.

“There have been episodes in human history, unfortunately, where these expressions of this strident rhetoric have only led to very ominous situations in the history of humanity,” Pena Nieto said last month. “That’s how Mussolini got in, that’s how Hitler got in; they took advantage of a situation, a problem perhaps, which humanity was going through at the time, after an economic crisis.”

During his visit to Mexico in February, U.S. Vice President Joe Biden came close to offering an apology for comments about Mexico and Mexican immigrants made by Republicans on the campaign trail.