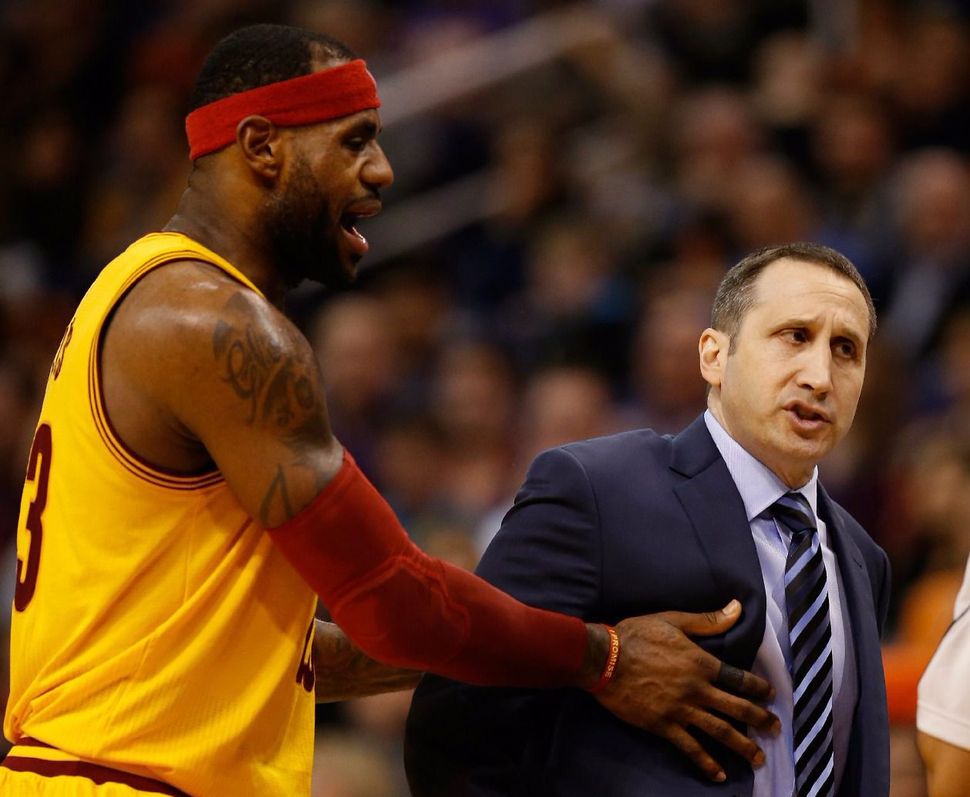 David Blatt, the Israeli American who was fired this season as head coach of the Cleveland Cavaliers, reportedly is under consideration for the newly vacated head coach position with the Los Angeles Lakers.

The Lakers announced Sunday that Byron Scott, who coached the Lakers to their two worst seasons ever, would not return to the team next year.

Blatt was listed in an ESPN report, citing unnamed league sources, as one of 10 potential coaching candidates on the team’s “long list.”

Blatt has been rumored as in the running for head coach of the New York Knicks, though reports circulating this week say his candidacy for the position is a smokescreen to hide the Knicks intention to hire interim coach Kurt Rambis. Blatt played basketball at Princeton University with the Knicks general manager, Steve Mills, in the late 1970s and early ’80s.

Blatt said at the time of his firing in January that he wanted to remain in the NBA, as opposed to returning to coaching in Israel and the European leagues, where he led Maccabi Tel Aviv to five national titles and the 2014 Euroleague championship. He also guided the Russian national team to a bronze medal at the 2012 London Olympics.

At the time of his dismissal, the Cavaliers had the best record in the Eastern Conference. Some claimed the team’s superstar, LeBron James, undermined the coach. Blatt had led the Cavs to the 2015 NBA Finals, where they lost to the Golden State Warriors in six games.