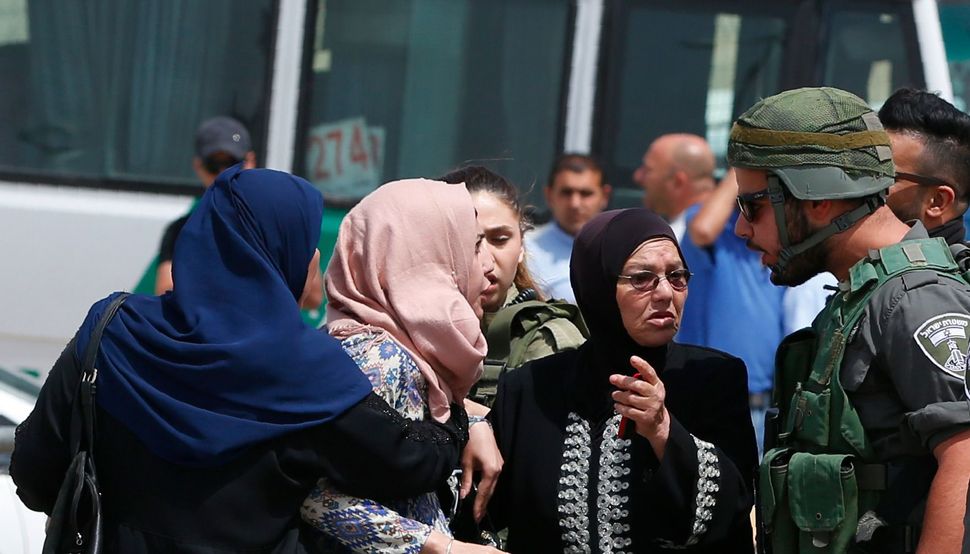 Israeli police shot dead a Palestinian woman and a man on Wednesday, saying they had tried to stab security forces at a checkpoint in the occupied West Bank.

In the last half year, Palestinian attacks have killed 28 Israelis and two visiting U.S. citizens. Israeli forces have killed at least 193 Palestinians, 130 of whom Israel says were assailants. Many others were shot dead in clashes and protests.

Police said the woman, holding a knife, and the man walked rapidly towards police and other Israeli security guards in a vehicles-only lane at the Qalandia checkpoint outside Jerusalem.

“Police called on them several times to stop. When they kept advancing … the officers neutralized the terrorists,” a police statement said.

The Palestinian Health Ministry confirmed the two deaths and identified the woman as 23-year-old Maram Abu Ismail. The man with her was not immediately named although some reports said she was the woman’s husband.

Police, who have been on high alert during the current Jewish Passover holiday week, issued a photograph of three knives on the ground which they said the two had been carrying.

Factors behind the bloodshed that began in October include Palestinian bitterness over stalled statehood negotiations and the growth of Israeli settlements in the West Bank, stepped up Jewish access to a disputed Jerusalem shrine, and Islamist-led calls for Israel’s destruction.

The pace of what had been near-daily Palestinian stabbing, shootings and car-ramming attacks has slowed, although a suicide bombing on a Jerusalem bus that wounded 15 people on April 18 has fueled Israeli security concerns.

Israel attributes the fall-off in incidents partly to tighter cooperation with Palestinian security forces in the West Bank and more stringent monitoring of social media to identify potential assailants.