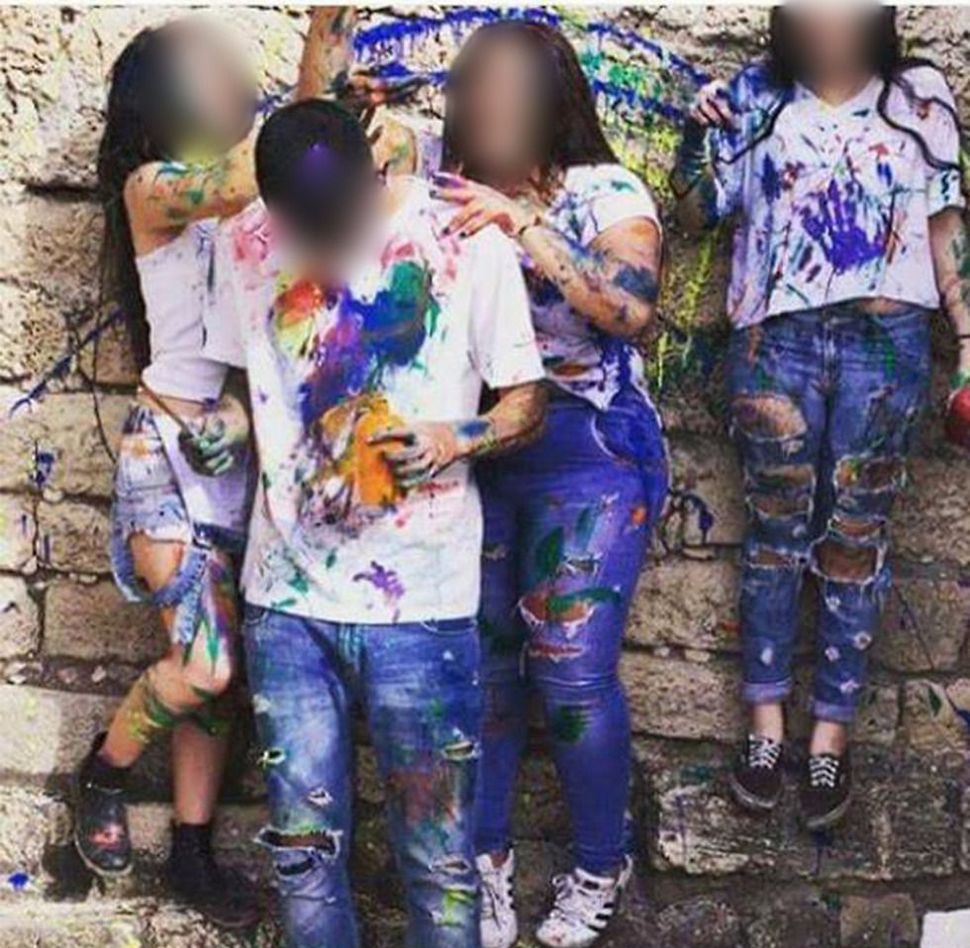 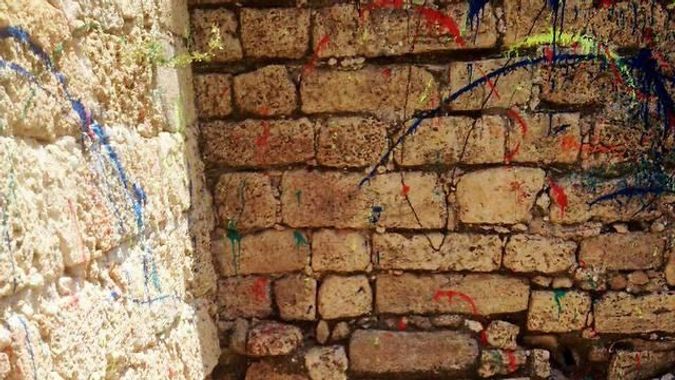 The Israel antiquities authority was shocked to find an ancient fort in the archeological site of Ashdod-Sea, by the city of Ashdod, defaced with splatters of paint this Wednesday.

The culprits? A class of teenagers who decided the archeological site was the perfect location for a “color party.” The class brought buckets of paint of paints to splatter on each other, and on the ancient structure, one of Israel’s most impressive archeological sites.

The teens then uploaded pictures pictures of the party to social media, which alerted their parents and school to the occurence. Ynet shared the following blurred photo from the party: 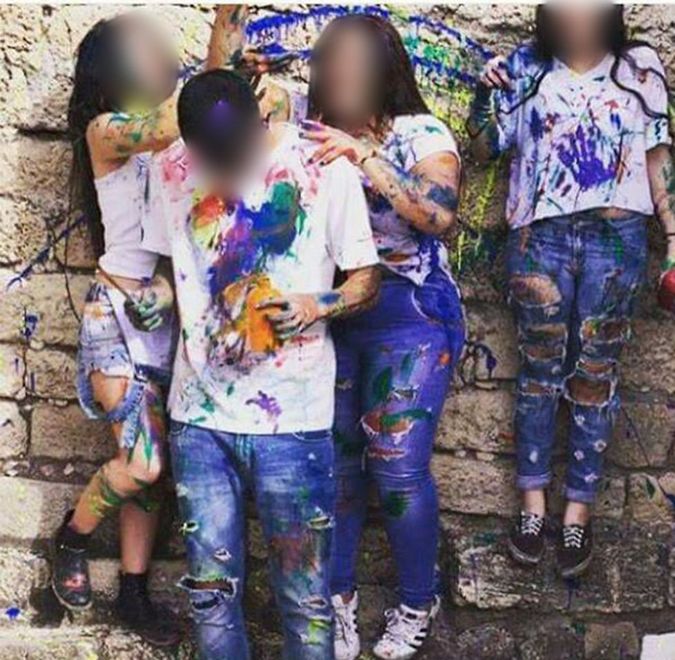 The director general of the Israeli Antiquities Authority, Israel Hasson, told the media that he expects the teens and their parents to contact the authority through its Facebook page within 48 hours, and come and clean the site in a way that would not damage the ancient structure. If they don’t, he said, he will file an official complaint with Israeli police for vandalism.