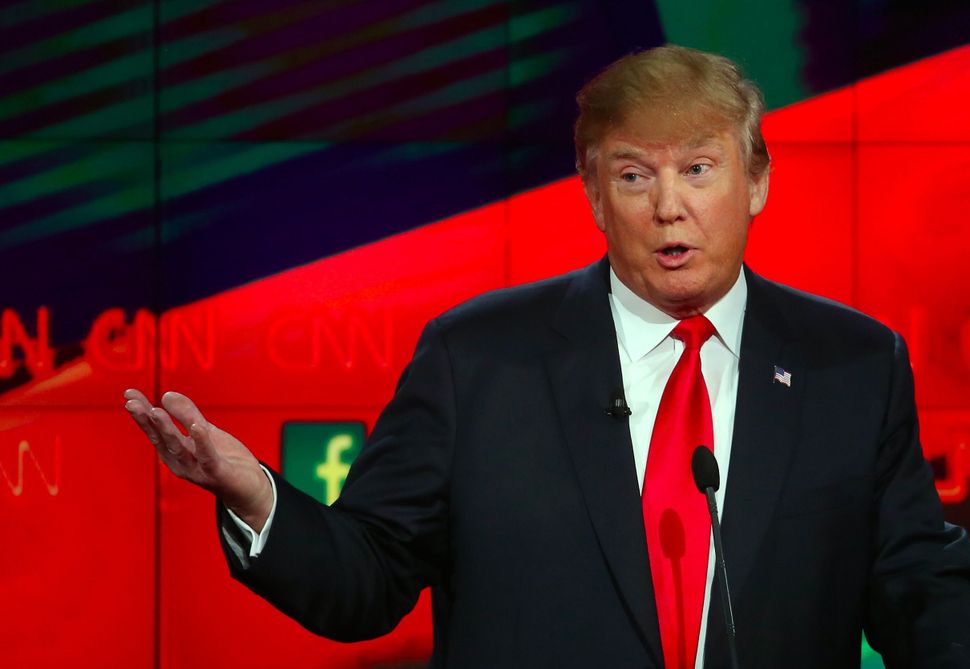 A slogan Donald Trump used in a Wednesday foreign policy speech hearkens back to a phrase used by American aviator Charles Lindbergh, who argued for American neutrality against the Nazis.

Trump said he would “always put the interests of the American people first. That will be the foundation of every single decision I will make. ‘America first’ will be the major and overriding theme of our administration.”

Following the Japanese attack on Pearl Harbor, Lindbergh organized “America First” groups that lobbied to keep the U.S. out of the war.

The famous pilot argued for an isolationist foreign policy stance, and accused president Franklin Roosevelt of conspiring with Jewish groups and Britain to promote American involvement in World War II.