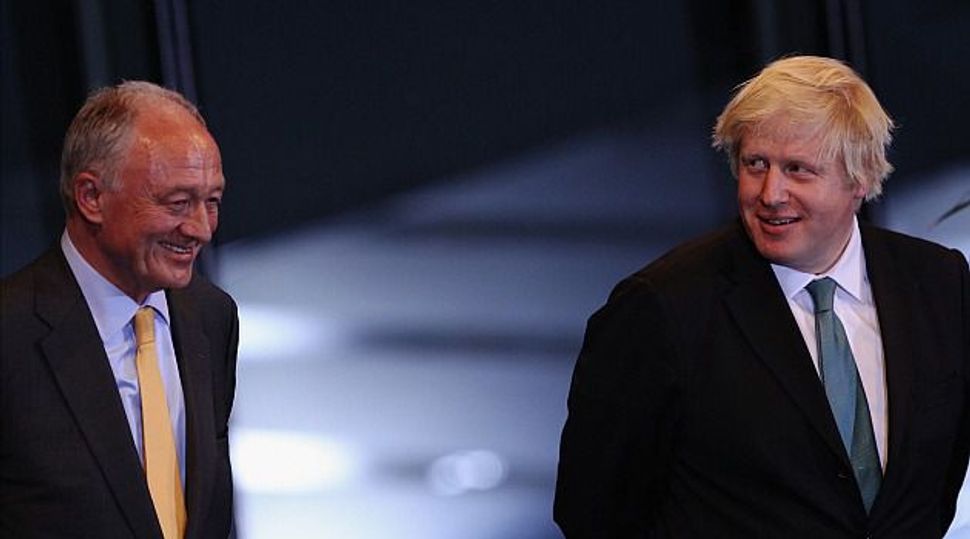 Narrow Loss: Many Jewish London voters, even Labor-supporting ones, were so repelled by ex-Mayor Ken Livingstone that they considered their Jewishness reason enough not to vote for him. Image by getty images

Britain’s Labour Party has launched an investigation into anti-Semitism in the party.

The inquiry announced on Friday comes a day after the party suspended former London Mayor Ken Livingstone for saying that Adolf Hitler was a Zionist for advocating in 1932 a policy of moving Europe’s Jews to Israel.

Labour Party leader Jeremy Corbyn also said in a statement that he would propose a new party code of conduct, which would “make explicitly clear for the first time that Labour will not tolerate any form of racism, including anti-Semitism, in the party.”

“There is no place for anti-Semitism or any form of racism in the Labour party, or anywhere in society. We will make sure that our party is a welcoming home to members of all minority communities,” said Corbyn, who has been accused of encouraging vitriol against Israel and Jews by not distancing himself from groups such as Hamas.

The announcement comes days before local elections, including for mayor of London, in a race that Labour’s candidate, Sadiq Kahn, is favored to win, which would make him the first Muslim mayor of a major Western city. He is running against Conservative Party candidate Zac Goldsmith.

The investigation, which is expected to report back to the party in two months, will be headed by Shami Chakrabarti, the former head of Liberty, a British civil rights organization.

She reportedly will consult with Jewish and other minority groups on what is considered anti-Semitism and racism, and how to deal with them.

Livingstone doubled down on his comments on Saturday, saying he had made a “statement of fact” over Hitler’s proposed policy.

“How can I have hurt and offended the Jewish community when the prime minister of Israel said exactly the same thing?” Livingstone said in an interview with LBC radio. He said that his statement was similar to Benjamin Netanyahu’s remarks in October when he said Hitler had suggested relocating Jews to Israel until the Mufti of Jerusalem called to exterminate them instead.

“Invite the Prime Minister of Israel to come over and defend me, as he clearly agrees with what I said,” Livingstone said in the interview. “I’m sorry if anyone was upset by what I said, I’m sorry for that. But it happens to be a statement of fact. I’m sorry that I said that because it’s wasted all this time but I can’t bring myself to deny the truth and I’m not going to do that. I’m sorry it’s caused disruption,” he added.

“There has to be an unequivocal message from leadership saying there is no solidarity with anti-Semites. It is crucial leaders say this is unacceptable. Why can you share a platform with someone who is anti-Semitic?” Regev said Sunday in an interview with the BBC.