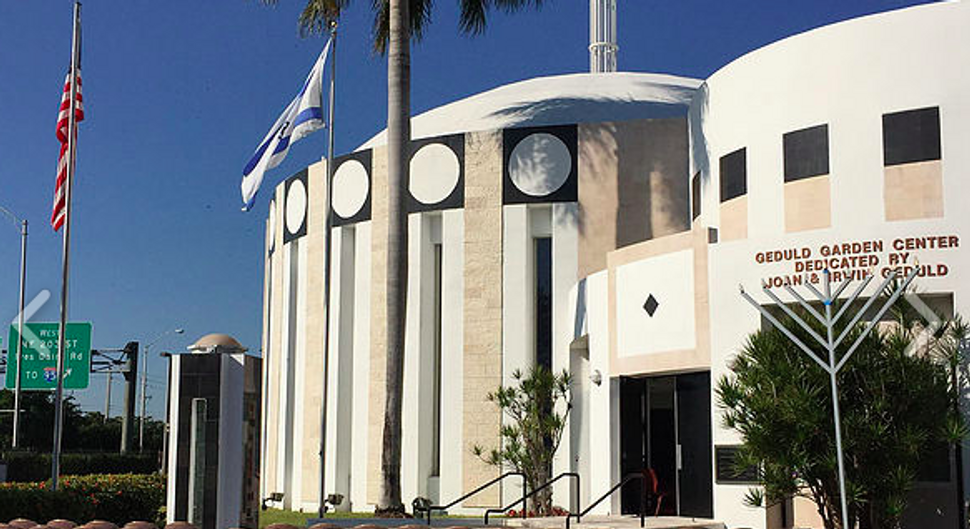 The FBI arrested a man who allegedly was planning to throw a bomb into a North Miami Beach synagogue.

The aborted attack on the Aventura Turnberry Jewish Center in Miami had been set to occur on Friday evening during holiday services for the end of Passover, 7News on local station WSVN reported early on Monday.

The suspect may be a convert to Islam, according to the report.

The report did not say when the suspect was taken into custody, but reported that the unnamed sources said the center was never in imminent danger since the suspect was arrested before he could put his plan into motion.

The suspect reportedly will appear in federal court early this week.

The FBI did not comment to News7 on the report.

The Conservative synagogue with about 800 member families is also home to an early childhood center, according to its website.