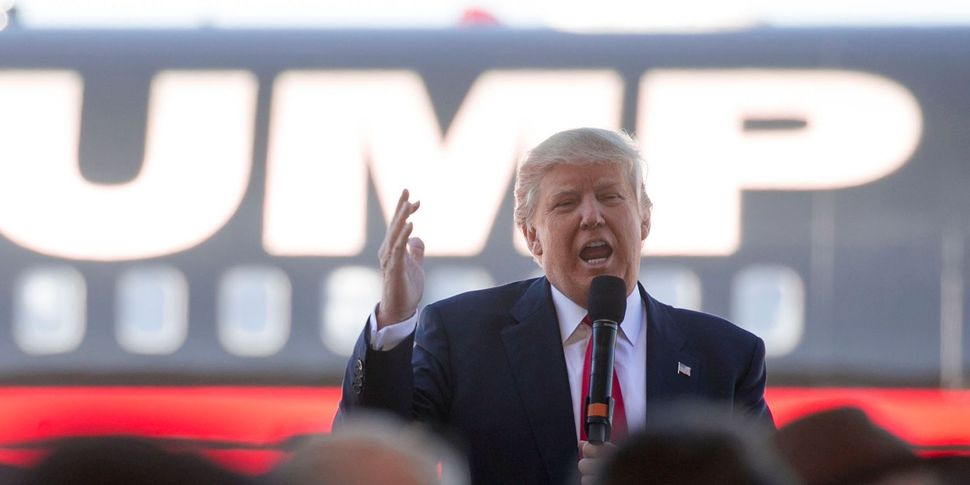 Trump told the Daily Mail in an interview on Monday that the construction must “keep going” and “keep moving forward.” There are “thousands of missiles being launched into Israel,” he said Monday. “Who would put up with that? Who would stand for it?”

Trump had said last year he would like to initially remain “neutral” in the Israeli-Palestinian conflict.

But ahead of Tuesday’s Indiana primary and his pitch for Jewish voters in what could be a close election in November, Trump sang a different tune, clearly seeking more support from conservative Jewish voters.

When asked whether there should be a pause in settlement construction in territory Israel captured in the Six-Day War but where Palestinians seek to establish their own state, Trump replied:

“No, I don’t think it is, because I think Israel should have – they really have to keep going. They have to keep moving forward.” 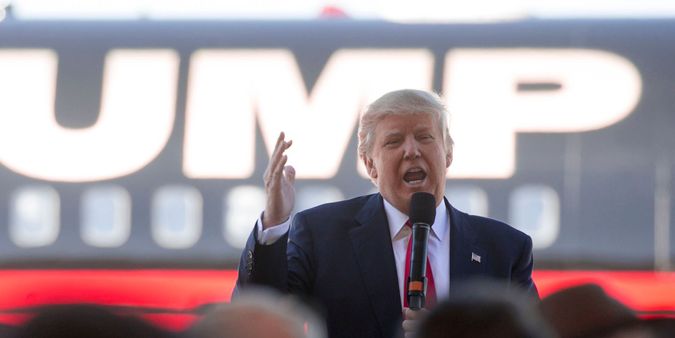 “No, I don’t think there should be a pause,” Trump said. “Look: Missiles were launched into Israel, and Israel, I think, never was properly treated by our country. I mean, do you know what that is, how devastating that is?”

“With all of that being said, I would love to see if peace could be negotiated. A lot of people say that’s not a deal that’s possible. But I mean lasting peace, not a peace that lasts for two weeks and they start launching missiles again. So we’ll see what happens,” Trump added.

“I’d love to negotiate peace. I think that, to me, is the all-time negotiation,” Trump said, in reference to stalled peace talks.

Asked about his relationship with Netanyahu, Trump called him “a very good guy” for whom he had made a campaign ad in 2013.

“I don’t know him that well, but I think I’d have a very good relationship with him,” Trump said. “I think that President Obama has been extremely bad to Israel.”

“And I don’t even understand where – I have Jewish friends that support Obama. I tell them all the time, I say, ,What are you doing? The Iran deal is a disaster for Israel’.”