The Zionist Organization of America praised Donald Trump for recent comments he made in support of expanding Israeli settlements in the occupied West Bank, calling the presidential candidate’s words “refreshing.”

Morton Klein, ZOA’s president said he was pleased to hear a “presidential candidate say that Israeli/Palestinian peace is not dependent upon Israel discriminating against Israeli Jews … by preventing them from building homes and communities in Judea/Samaria.”

In an interview with the Daily Mail, published on May 3, Trump said that settlement in the West Bank should “keep moving forward,” and did not isolate the settlements as an impediment to peace negotiations, which he said he supported. 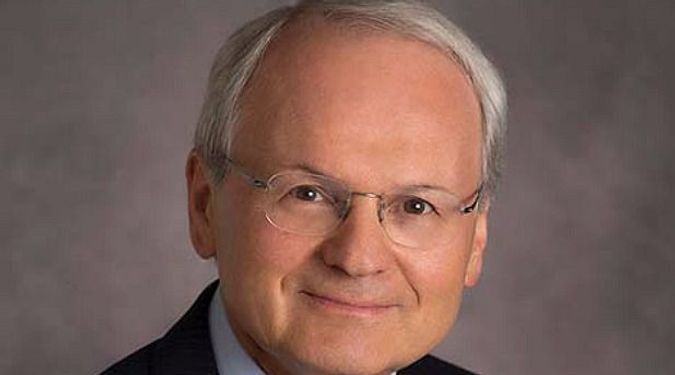 “We applaud what Mr. Trump said on this subject in his Daily Mail interview,“ Klein said.

“The true obstacles to peace are: Palestinian Arab refusal to accept Israel as a Jewish state,” Klein continued, “their horrifying Jew-hatred; their demand for a Jew-free Palestinian state.”

Trump had previously said he would remain “neutral” in the Israeli-Palestinian conflict. Last month, he dodged a question by the Forward about what he called the area to the West of the Green Line, deferring to an aide.

The international community regards the West Bank as occupied Palestinian land and seeks to discourage Israeli settlement building. Official U.S. policy is to push for a two-state solution which would involve establishing a Palestinian state on the same land onto which Jewish settlements seek to expand.

At the same time, former Klu Klux leader David Duke also supports Trump, who Duke said was taking on the “Jewish supremacists who control our country.” Jews, Duke said, are the “real problem and the “reason America is not great.”

The ZOA is the oldest pro-Israel organization in the United States, according to its website, and has the stated goal of combating anti-Semitism. Klein said that he was satisfied with previous statements Trump has made to distance himself from Duke.

Klein added that his praise of Trump’s position should not be taken as a broad endorsement. “If Hillary or Bernie had said it,” Klein said, “I would have said the same thing.”