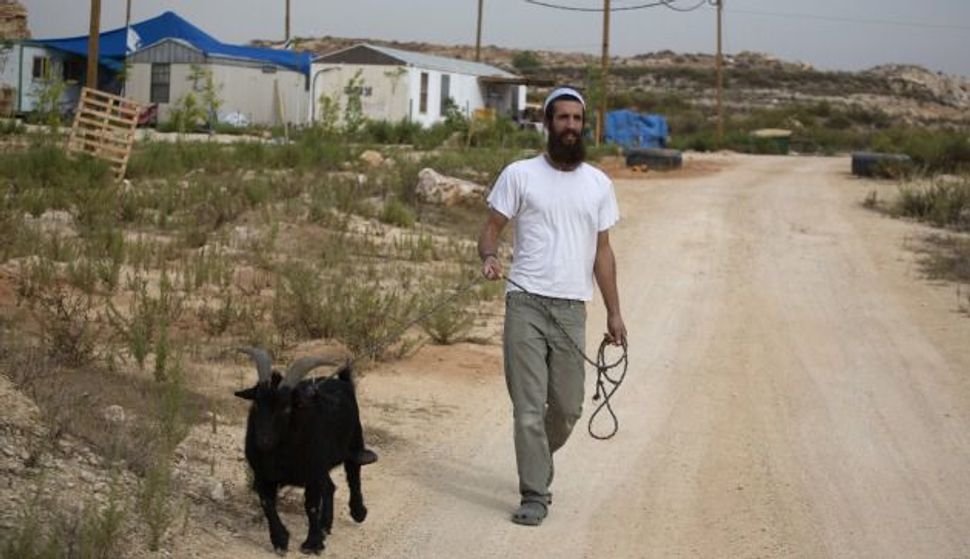 The Israeli Defense Ministry is help the right wing settler movement Amana, is planning a new settlement near Shiloh in the northern West Bank. The new construction is intended for the 40 families now living in the outpost of Amona, which is set to be evacuated by the end of the year.

The settlement’s architectural plans, obtained by Haaretz, show that it will be built on state lands near the outpost of Geulat Zion, which has been focal point of violence against Palestinians. Geulat Zion was the home of Amiram Ben-Uliel, charged with the arson-murder of the Dawabsheh family in the Palestinian village of Duma. The police frequently carry out demolition orders in the outpost.

The planning of the settlement is meant to dispel opposition to the evacuation of Amona. It will have 139 housing units, and Amana’s secretary general, Zeev Hever, could sell about 90 of them on the open market.

Hever was questioned under caution by the police last month on suspicion of fraud.

Last week, a settler who is cultivating a vineyard on part of the land where the new settlement is to be established was asked to vacate the area by representatives of the Mateh Binyamin Regional Council so that construction work could begin. However, work has not started because of opposition by Amona’s inhabitants.

Amona was built in 1997 on private Palestinian lands near the settlement of Ofra. In 2006 it was the site of a violent confrontation during the demolition of nine permanent structures. The outpost has been the focus of a legal battle for the past eight years after a number of the Palestinian landowners petitioned the High Court of Justice through the human rights group Yesh Din.

The state initially pledged to raze the outpost by the end of 2012, but after repeated delays the it announced that only the buildings on lots named in the petition would be demolished. The settlers claimed that they had purchased some of the lots legally, but a number of the documents submitted to the court were found to be forged. At the end of 2014 then-Supreme Court President Asher Grunis ordered the evacuation of the entire outpost in two years, by December 25, 2016.

Following the ruling, Amona’s residents launched a protest group and announced that they would not reach an agreement with the state to evacuate the outpost in exchange for alternative housing and financial incentives, such as residents of the Migron and Ulpana outpost in the Beit El neighborhood. The protest group wants a “creative legal solution” to be found for the outpost. One proposed resolution was to expropriate land from its owners and transfer it to Amona. However, so far it seems that politicians are not sympathetic to the residents’ struggle.

In establishing a new settlement, Defense Minister Moshe Ya’alon wants to send a message to the residents of Amona: Leave quietly and you will receive a new settlement, or don’t, and end up without housing. The concern is that Hever might take advantage of the situation to legalize different outposts in the area, such as Esh Kadosh, Kida, Ahiya and others