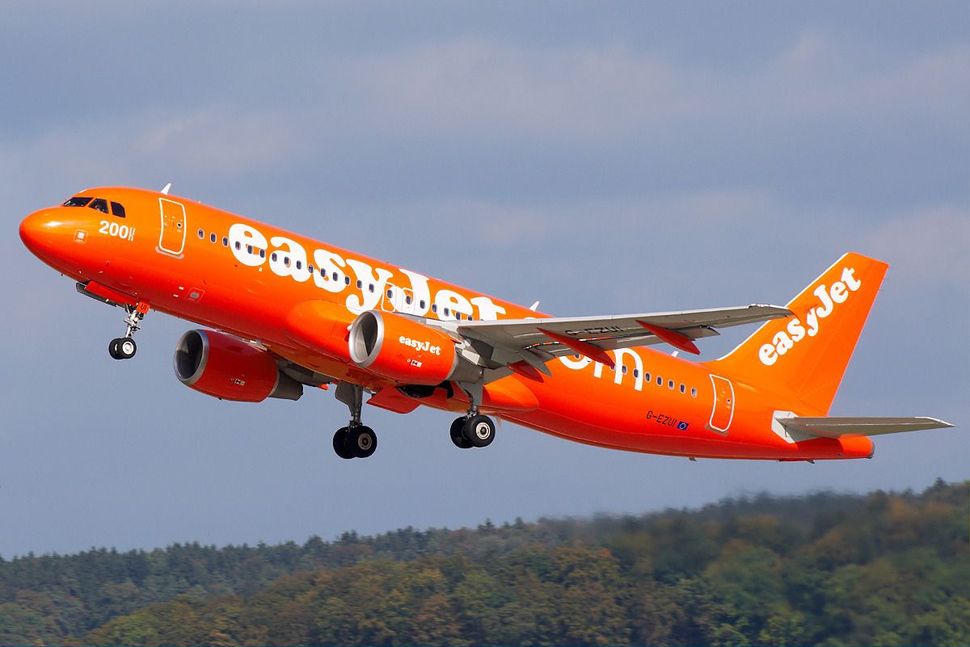 — Dismissing reports that it discriminated against Jewish passengers in Spain, the British low-cost airline EasyJet accused the complainants of rowdy behavior that caused a delay.

“Flight EZY3920 from Barcelona to Paris Charles de Gaulle on 1 May 2016 with 180 passengers on board returned to the gate in Barcelona and was met by police due to a group of passengers behaving in a disruptive manner,” EasyJet spokesperson Andy Cockburn told JTA Monday.

His account followed a JTA query for reaction from EasyJet on an article published Thursday on the news website jpupdates.com, which said some passengers aboard EZY3920 felt they had been removed from the plane because they were Jewish. But Cockburn denied this, saying the passengers separated were taken by police for questioning due to their disruptive behavior.

“All passengers were asked to disembark at the request of the police so they could speak to a small number of passengers in order to investigate the incident,” he said.

He said he did not have information on hand on whether anyone had been indicted, but said the plane could not take off because of the behavior of the passengers detained, as this would have meant breaking the company’s procedures set in place for security.

EasyJet “does not tolerate abusive or threatening behavior on board,” he added. The plane took off after a delay of several hours.