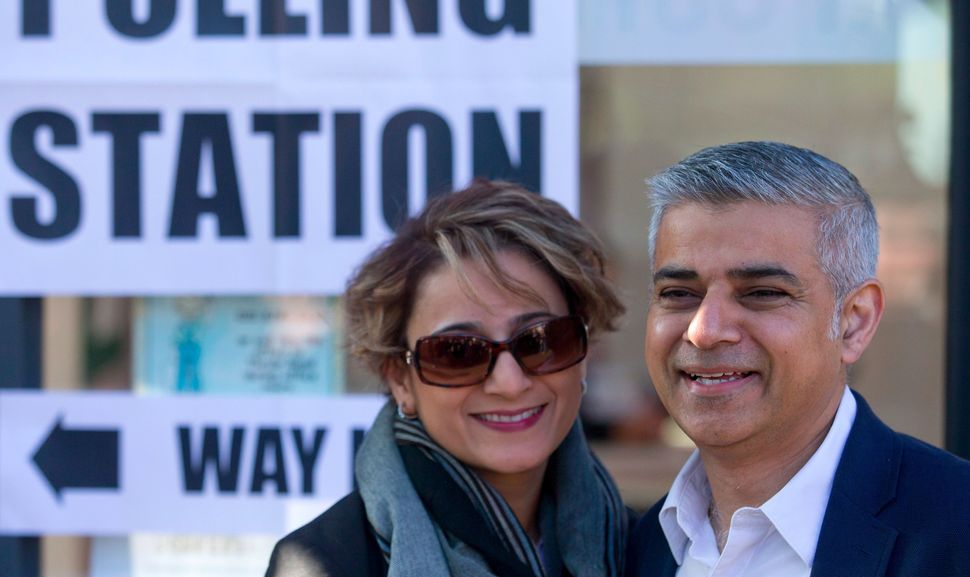 London Mayor Sadiq Khan’s attendance at a Holocaust commemoration event last week inspired praise by many, but did not sit well with some in the Twittersphere, with some responding with virulently anti-Israel comments and even Holocaust denial.

On Sunday, Mayor Khan, the London-born son of Pakistani immigrants and first Muslim mayor of London, tweeted: “So important to reflect, remember and educate about the 6 million Jewish lives lost in the Holocaust,” referring to his visit to the Holocaust memorial event, his first official mayoral act.

As of Monday evening, the post had attracted more than 1,500 “likes” and was shared 950 times, with responses such as: “Thank you for attending the Yom HaShoah event. The event made me proud to be British for so many reasons. We are all one.”

But among the other responses was blatant Holocaust denial, including a comment that “much of the so-called ‘holocaust’ has been faked, including the post-1945 Auschwitz construction,” suggesting that much of the Auschwitz site was built after World War II.

Another commentators challenged Khan with: “Have you plucked that figure of 6 [million] out of thin air? What was the total population of Jews in 1940? Don’t distort history. Max 1 [million].” An anti-Muslim reaction was also among the Twitter barrage: “The cult followers of Muhammad have killed 270 million people in 1,400 years.”

Khan made Sunday’s appearance at a London ceremony following a racially charged election campaign during which Conservative Party opponents sought to portray him as an apologist for Islamic extremism and to highlight cases of alleged anti-Semitism within the ranks of the mayor’s Labour Party.

The annual Holocaust commemoration, which was held in a rugby stadium, brought together thousands from London’s Jewish community, including more than 150 Holocaust survivors and a combined choir from five Jewish elementary schools. Khan attended alongside Lord Michael Levy, one of Labour’s most senior Jewish supporters and the party’s former lead fundraiser.