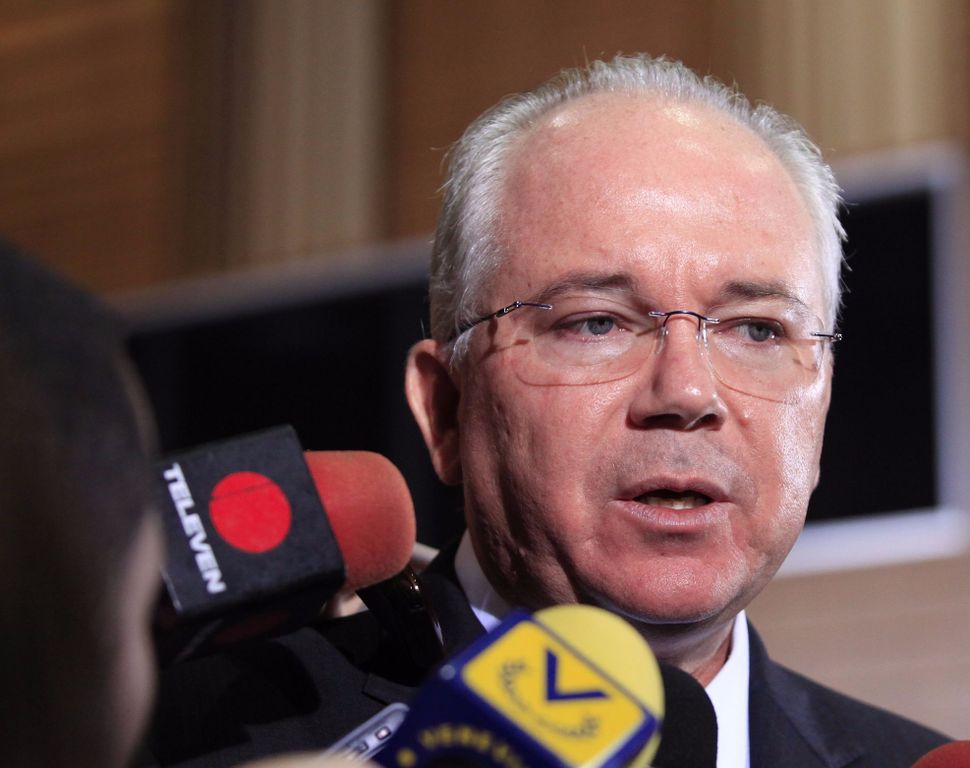 (JTA) — Venezuela’s envoy to the United Nations called his Israeli colleague to apologize for his  accusing Israel of seeking a “final solution” against the Palestinians, made a day after Holocaust Remembrance Day.

“These are blunt anti-Semitic statements coming from the Venezuelan ambassador towards the Jewish nation,” said Ambassador Danny Danon, according to a statement by Israel’s  mission to the UN.

During the speech at a Security Council meeting on Friday, Rafael Ramirez said that council members should ask themselves: “What does Israel plan to do with the Palestinians? Will they be disappeared? Is Israel trying to impose a ‘final solution’ on the Palestinians in the West Bank?”

The comparison, drawing a link between Israel and Nazi Germany, drew immediate outrage from Israel, the United States, the United Kingdom and France.

According to the Israeli mission at the UN, during the phone call, Danon demanded that the Venezuelan representative issue a public apology, which may happen at the next Security Council meeting on the Middle East this week.

Last month Palestinian Authority representative to the UN Riyad Mansour drew a parallel between the Jewish resistance fighters during the Holocaust and the Muslim terrorists perpetrators of recent attacks in Israel.