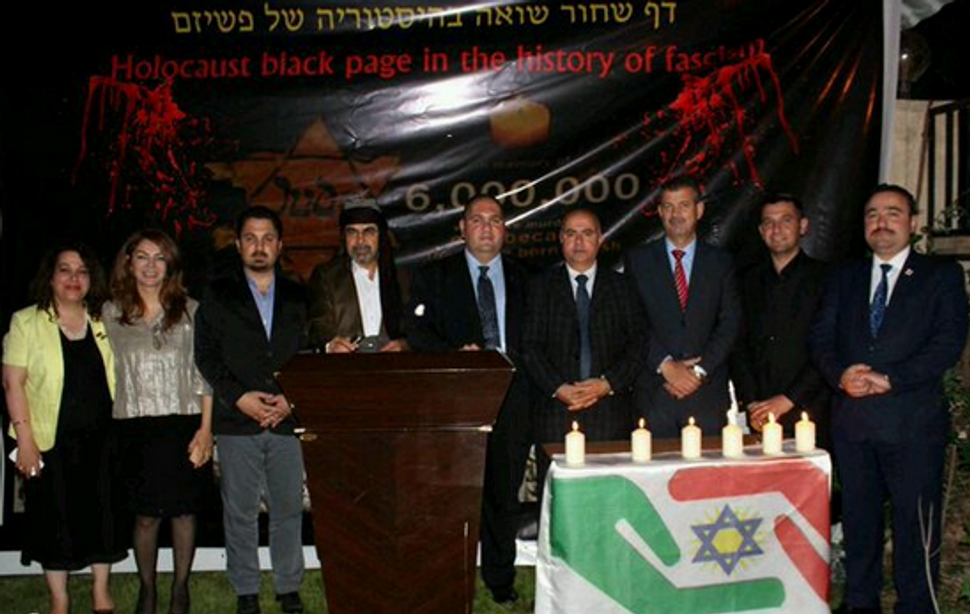 Kurdish leaders encouraged Jews who once fled the region due to religious persecution to come back, after hosting the first-ever Holocaust Remembrance Day ceremony in the capital of the autonomous area in northern Iraq.

“Jews would be surprised to find that they are freer and safer here than in certain European capitals,” Sherzad Omer Mamsani, the first Jewish representative of the Kurdish government told Fox News.

Erbil, the capital of the Kurdistan Region, hosted a ceremony Friday in honor of Holocaust Remembrance Day, during which government representatives, including the city’s mayor and Mamsani, were present.

Attendees at the heavily guarded ceremony also included Kurds of Jewish ancestry, called Benjews in Kurdish, whose ancestors converted to Islam due to safety threats. The number of people of Jewish ancestry living in the Iraqi Kurdistan is in the thousands, according to the Rudaw Kurdish media network.

Most Kurdish Jews settled in Israel after being forced to leave in the 1950s; an estimated 200,000 live in Israel today.

Mamsani claimed Kurdish Jews from all over the world, including the United Kingdom, Germany and Israel, have returned to Iraqi Kurdistan.

Mariwan Naqshbandi, the head of the Kurdish government’s department for religious coexistence said it was “our duty to support the Jewish religion. When you look at the towns as well the villages in Kurdistan, you see many Jewish families have survived,” according to Rudaw.

Jews of Kurdish ancestry aren’t the only ones invested in the Kurdish cause. In 2014, Canadian-Israeli Gill Rosenberg made news when she headed to Iraq’s Kurdish region. Rosenberg was not looking to settle there, however, but rather to join Kurdish rebels in fighting ISIS.

The reason for Rosenberg’s trip were not quite clear. While she spoke of Turkish-Jewish solidarity in some interviews, she also mentioned wanting to atone for having participated in a phone scam, which targeted elderly Americans, and for which she served around three years in prison in the U.S.

Rosenberg returned to Israel in 2015, after having spent eight years fighting with Kurdish guerrilla forces in Syria.