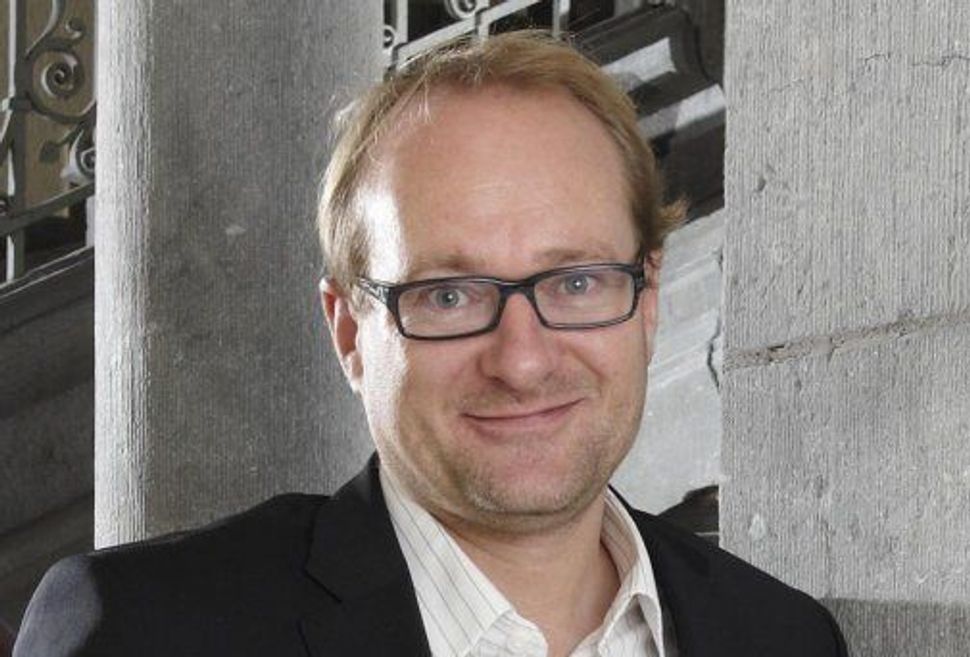 Citing resistance by Muslims to a compromise on ritual slaughter of animals, a Belgian cabinet minister called for a blanket ban on the custom, a policy that would affect observant Jews and Muslims.

Ben Weyts, animal welfare minister in the government of the Flemish Region — one of three entities that make up the federal kingdom of Belgium – on Tuesday told Radio 1 that it had become necessary to outlaw in the region any slaughter of animals who have not been stunned prior to the act.

“Organizations within the Muslim community are just not open to any sort of compromise,” said Weyts, who is a member of the New Flemish Alliance, a center-right movement that the Flemish Region’s ruling party.

Religious laws in Islam and Judaism require animals be conscious when their necks are slit, though some religious leaders from both faiths allow stunning immediately after the cut.

Despite Weyts’s statement, Michael Freilich, the editor-in-chief of the Antwerp-based Joods Actueel Jewish monthly, told JTA that he foresees no ban in the near future, citing internal divisions on this subject within Weyts’s party and others.

As with non-medical circumcision of boys, ritual slaughter of animals, or shechita, is facing opposition across Western Europe by far-right politicians who view it as a foreign element to their culture and by liberals who believe it is inhumane.

Shechita is banned in Sweden, Denmark, Norway, Iceland, and Switzerland. Estonia, Finland, Austria and Poland – where a 2013 was partially lifted the following year – are among the European countries where the practice is subject to special limitations. The Dutch senate in 2012 scrapped a ban that the lower house had passed the previous year.

Weyts’ call followed a legal fight by Muslims seeking to lift a ban in the Flemish Region on temporary slaughterhouses that in previous years were set up ahead of the Muslim Holiday of Sacrifice. Authorities found they did not meet relevant standards, he said.

Half of Belgium’s Jewish population of 40,000 people lives in the Flemish capital of Antwerp, according to the European Jewish Congress. Shechita is performed on approximately 500 cattle heads annually in the city’s kosher slaughterhouses, according to Freilich.

He told the Het Laatste Nieuws daily that even in the event of a ban, the community would get by on meat imported from Israel and United States. “And if that is forbidden, then I will pack my suitcases and leave Antwerp,” he said.