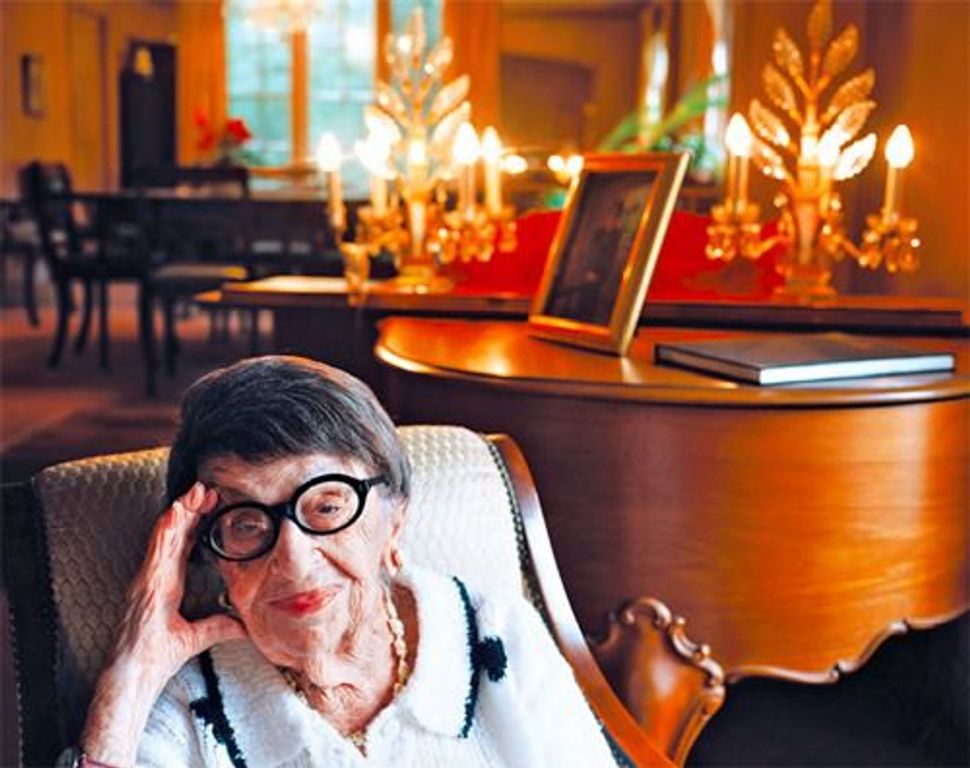 After the death of 116-year-old Susannah Mushatt-Jones Friday, the reported that Goldie Michelson of Worcester, Massachusetts, became the oldest living American.

Since the death of another Goldie, 114-year-old Goldie Steinberg last year, Michelson has likely been the oldest Jew in the world too.

Michelson (neé Corash) was born in Russia in 1902 and emigrated with her family to Worcester at the age of 2. Her father, Max, was a medical student in Russia who opened up a dry goods store in the Water Street area of Worcester.

She attended the Women’s College of Brown University, which later became Pembroke University, and received a master’s degree in sociology from Clark University in Worcester. Her thesis at Clark was titled “A Citizenship Survey of Worcester Jewry” and examined why many of the city’s older Jewish-immigrant residents did not pursue American citizenship or learn English.

She told the Worcester Telegram in 2012 that her thesis was inspired by her time working with Jewish women’s organizations, like Hadassah and the National Council of Jewish Women. Michelson was also active in other community groups, including one that supported the founding of Brandeis University.

Michelson has remained in Worcester ever since. She credits her longevity to walking.

The oldest person on earth is now 116-year-old Italian Emma Morano-Martinuzzi, according to the Daily News.

“It never occurred to me that I would live this long,” Michelson told Clark University’s magazine in 2012. “I just went on and on, and I’ve loved it.”