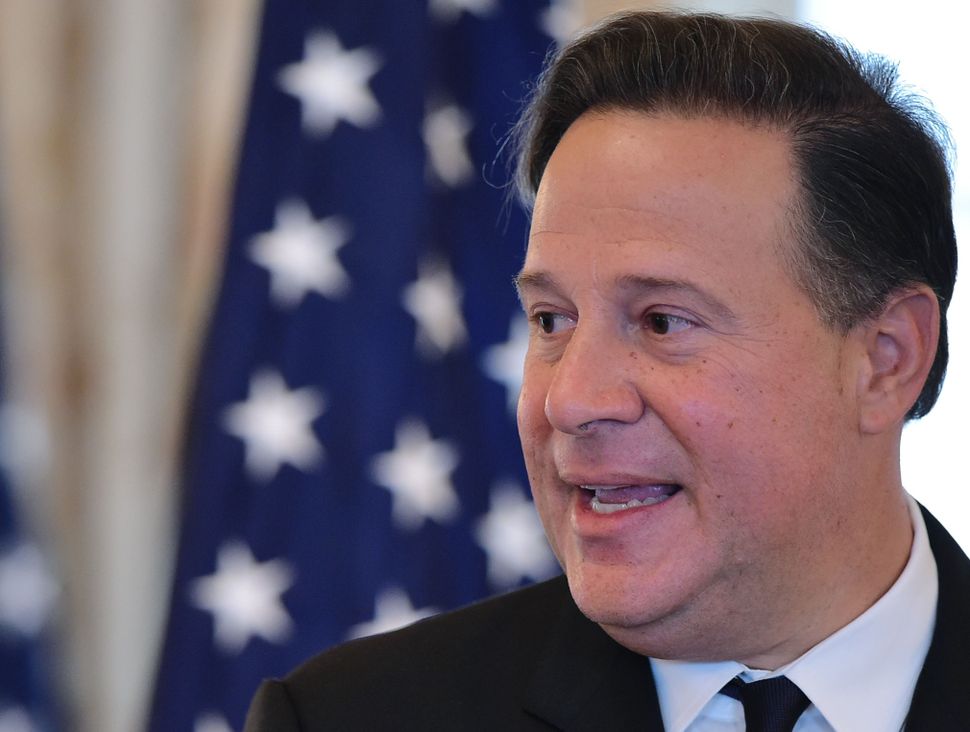 “The Jewish presence in Panama was born committed to the fate of this small nation, and that heritage has been enriched throughout the history of the country to the present day”, Varela said last week at the Kol Shearith Israel congregation during a ceremony attended by several government, diplomatic and religious officials.

Varela recalled that the Jewish presence in Panama began in the middle of the 19th century and that the country’s Jewish community has been very strong as “active builders of a nation in which the purpose of being an independent country began.” He also made reference to the Thousand Days’ War of 1899-1902, when a Jewish banker and other volunteers under his leadership funded the burial of hundreds of the fallen fighters.

“I would like to greet with respect and emotion all families that make up Kol Shearith Israel. On behalf of all Panamanian society, I thank you as a whole for all that you and your cultural, ethical and religious heritage have made and will continue to give this country, helping to develop projects together and committed to Panama,” he said.

The congregation’s president Moises Abadi boasted that some of its members have played a pivotal role in the country’s history.

“Iconic examples are the creation of the second anthem by Eduardo Maduro, a son of this congregation, and also two presidents of the Republic who are members of this house,” he  Iton Gadol news service.

Founded in 1976, the Kol Shearith Israel society emerged to provide burial and charitable services to the Jewish community and later became a congregation. It has played a significant role in the creation of organizations and institutions in Panama including the fire department, the National Symphony Orchestra and the Technological University of Panama.