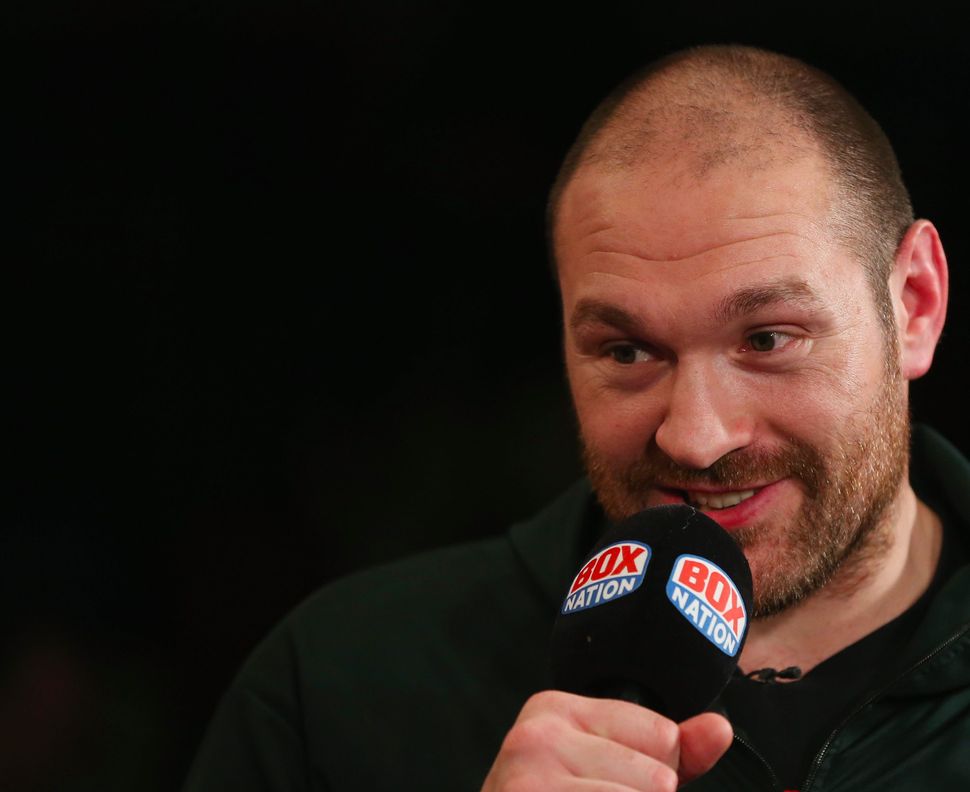 (JTA) — British boxing champ Tyson Fury apologized for causing offense with anti-Semitic, sexist and homophobic comments he made in a video posted online this month.

The vaguely worded apology does not mention Jews or anti-Semitism, nor does it specify exactly which of his comments he regrets. Fury’s comments in the video that surfaced Friday on YouTube included homophobic and sexist remarks along with claims that Zionist Jews have brainwashed people.

“I said some things which may have hurt some people — which as a Christian man is not something I would ever want to do. I apologize to anyone who may have taken offense at any of my comments,” Fury said, according to a BBC News article Monday.

“Though it is not an excuse, sometimes the heightened media scrutiny has caused me to act out in public.

“I know more is expected of me as an ambassador of British boxing and I promise in future to hold myself up to the highest possible standard.

“Anyone who knows me personally knows that I am in no way a racist or bigot and I hope the public accept this apology.”

The Campaign Against Antisemitism, a British watchdog group, said Friday it was submitting a complaint to the British Boxing Board of Control against Fury over the video. In addition to accusing Jews of brainwashing people, Fury in the video said that Jews own all the banks, newspapers and television stations.

“Tyson Fury’s statements about Jewish people are offensive and racist,” Jonathan Sacerdoti, director of communications at the Campaign Against Antisemitism, said in a statement.

“Just as anti-Semitism is being stamped out from [soccer], the same should apply to boxing. He should be barred from boxing and referred to the British Boxing Board of Control.”

Fury, a practicing Catholic, will fight in July to regain his International Boxing Federation world title, which he lost last year due to a technicality after holding it for only 10 days.