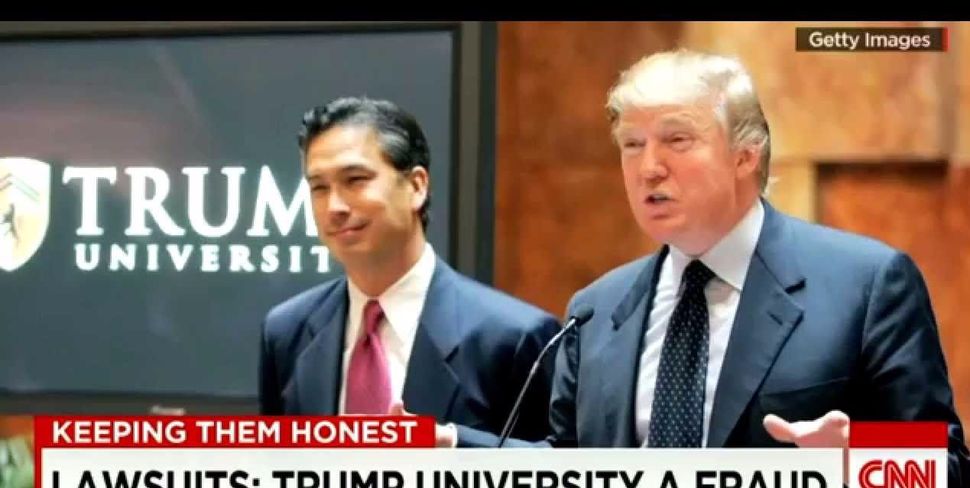 A mid-level New York appeals court on Tuesday ruled that lawyers for Republican presidential candidate Donald Trump can argue to the state’s highest court that fraud claims against Trump University brought by the state attorney general should be dismissed.

In March, Trump suffered a legal setback in the case when the same mid-level appeals court allowed multimillion-dollar fraud claims against the now-defunct venture to proceed.

The claims are part of a state lawsuit that accuses Trump University of misleading thousands of people who paid up to $35,000 to learn the billionaire businessman’s real estate investment strategies.

The trial judge in the case had been waiting to hear whether the mid-level appeals court, the Appellate Division, First Department, in Manhattan, would give Trump permission to go to the state’s highest court, the Court of Appeals.

“It’s no surprise that Donald Trump is using every legal option to avoid standing trial for operating a sham for-profit university,” New York Attorney General Eric Schneiderman said in a statement responding to the ruling.

“As our lawsuit makes clear, Mr. Trump’s phony university defrauded thousands of students through an illicit scheme that cost them millions of dollars,” Schneiderman continued. “I am confident that the Court of Appeals will agree with the lower court’s unanimous decision to reject virtually all of Mr. Trump’s claims.”

Alan Garten, general counsel for the Trump Organization, said, “We are pleased with the court’s decision and look forward to going to the Court of Appeals.”

Garten has said the claims are without merit and baseless and that almost all those who participated in the programs filled out written surveys giving the seminars high ratings.

Class actions are pending in California on similar claims by Trump University students.—Reuters