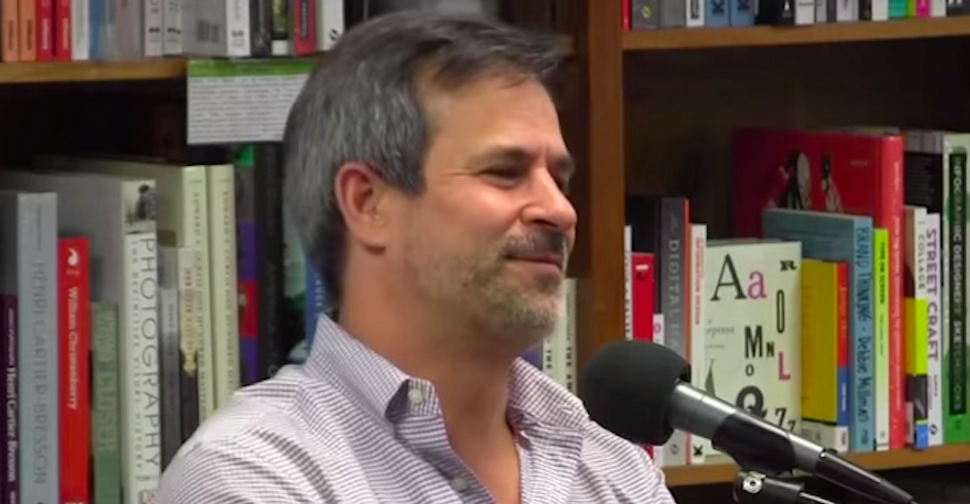 (JTA) — New York Times editor Jonathan Weisman is clearly familiar with the anti-Semitism of some Donald Trump supporters in the Twittersphere. So maybe he shouldn’t be surprised by the reaction to his own tweet calling them out for it.

But it’s hard not to be a little shocked.

On Thursday, Weisman referred to Trump’s wavering renunciation of former Ku Klux Klan leader David Duke back in February, Melania Trump’s justification of the anti-Semitism unleashed on reporter Julia Ioffe for her GQ profile of the would-be first lady last week and Sheldon Adelson’s recent appeal for Republican Jewish leaders to support the presumptive GOP nominee for president — all in less than 140 characters.

Weisman’s tweet caught the eye of “Cyber Trump,” who proceeded to bait the Washington, D.C.-based Jewish journalist into a response.

@jonathanweisman @AriFleischer do you wish to remain hidden, to be thought one of the goyim by the masses?

@jonathanweisman @AriFleischer This isn’t academy, Weisman – you can’t snub your way out of accountability for who you are.

Flabbergasted that antisemitism in the Trump voter ranks isn’t getting more attention, at least from the @RJC. https://t.co/qt5uI5bUIb

After the exchange made waves in the Twitterverse, the anti-Semitic deluge only got far, far worse. Weisman retweeted the responses.

@jonathanweisman Another reporter and I received a photo on Twitter recently of Jews at a concentration camp, telling us to move to Israel

@RebeccaShabad @jonathanweisman Do it kike; after the Mexicans and Muslims you filth are next.

Some took notice and attempted to throw Weisman a life preserver.

I just had a look at @jonathanweisman’s feed and I’m half-convinced civil society is doomed in this country.

@jonathanweisman People are horrible. I’m sorry this is happening to you.

But Weisman ultimately had to check out, presumably lest he go off the deep end.

For those who sent kind thoughts, thank you. Antisemites, thank you for showing yourselves. No more retweets. My work is done for the day.