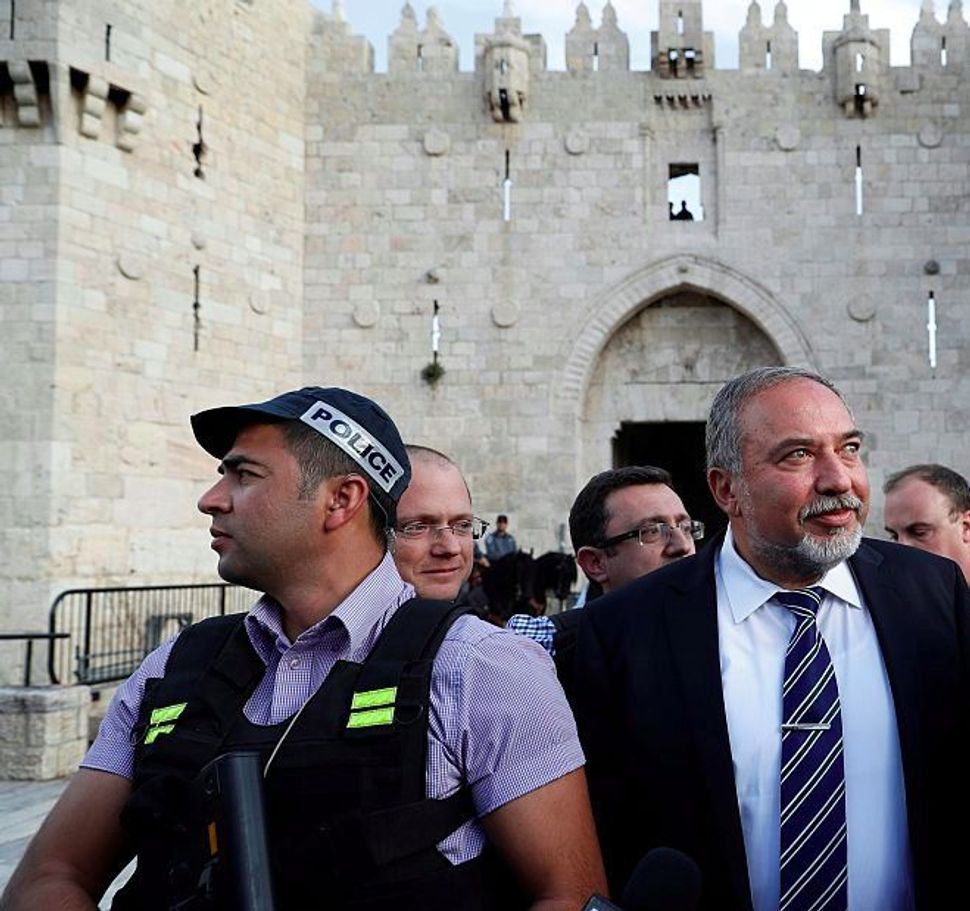 (JTA) — Avigdor Liberman’s appointment as Israel’s defense minister was quickly condemned by opposition lawmakers, who warned of a severe fallout at home and abroad.

“The citizens of Israel should be worried about a rightist coalition that will bring Israel to very dangerous places,” said opposition leader Isaac Herzog at an event Wednesday hosted by the Israel Democracy Institute,  The Times of Israel.

Herzog, head of the center-left Zionist Union party, had been in talks to join Prime Minister Benjamin Netanyahu’s government until the last-minute agreement with Liberman’s Yisrael Beiteinu party Tuesday night scuttled that possibility.

The addition of Yisrael Beiteinu to the government boosts Netanyahu’s majority from a narrow 61-seats to a comfortable 66 in the 120-seat Knesset.

“This government shares a worldview that will prevent us from moving forward,” said Knesset member Tzipi Livni, also of the Zionist Union, at a conference at Ariel University, as reported by The Jerusalem Post. “A worldview that will isolate us in the world, and embolden BDS [Boycott, Divestment and Sanctions movement against Israel].”

Opposition leaders warned that Liberman’s ascension to defense chief threatened progress on peace negotiations with the Palestinians, citing past statements in which he called Palestinian Authority President Mahmoud Abbas a terrorist. Netanyahu insisted he was still committed to pursuing peace.

Yair Lapid, head of the centrist Yesh Atid party, who once collaborated with Liberman to combat the influence of the ultra-Orthodox parties, slammed him for now joining them in the coalition and dropping demands for education reform and national service requirements.

“Signing the agreement and the entry of Yisrael Beiteinu into the coalition is not an achievement,” Lapid said. “It is an embarrassing surrender, a betrayal of the public trust, and an abandonment of the pubic.”

Meanwhile, Zionist Union Knesset member Amir Peretz said the coalition agreement was “an alliance between the most extreme elements of the Knesset.” And the head of the left-wing Meretz party, Zehava Gal-On, reminded Israelis of past controversies surrounding Lieberman.

An ocean away, New York Times columnist Thomas Friendman bemoaned Netanyahu’s choice to partner with Liberman in an article that pointed to hand-wringing from a number of Israeli officials and publications. On Monday, The New York Times editorial board anticipated the move, warning:”Avigdor Lieberman’s previous stints as Israel’s foreign minister under Prime Minister Benjamin Netanyahu were a disaster for Israeli-American relations.”

Netanyahu and Liberman’s parties ran as a joint list in the 2013 election.