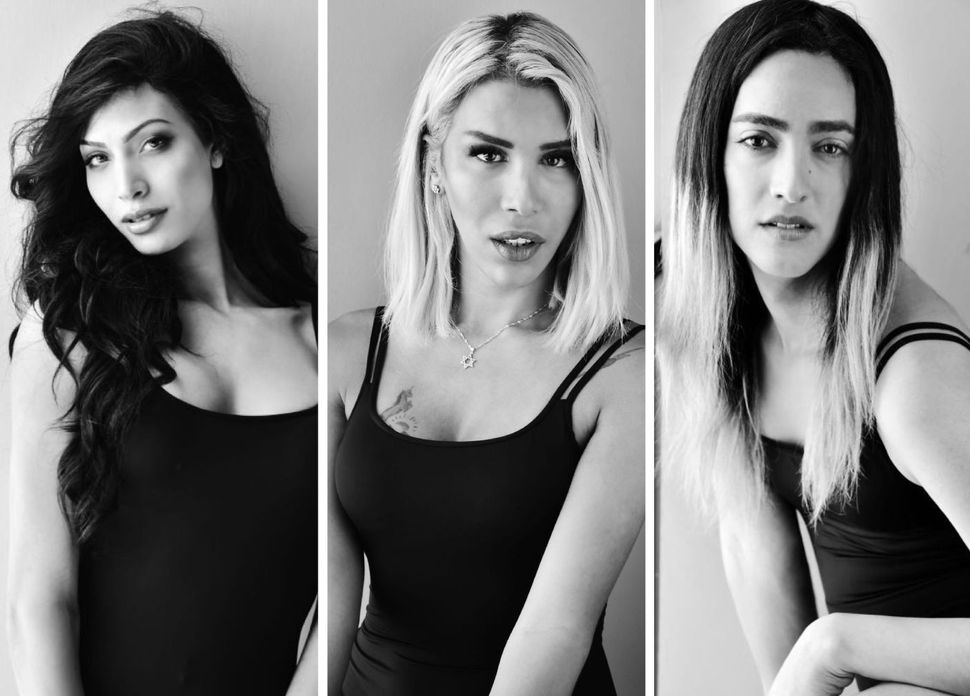 Abu Hanna told reporters she is “proud to be an Israeli Arab,” noting, “If I had not been in Israel and had been elsewhere — in Palestine or in any other Arab country — I might have been oppressed or I might have been in prison or murdered.”

The Nazareth resident will represent Israel at the Miss TransStar International pageant in Barcelona in September — the first time an Israeli will participate.

She also will receive $15,000 worth of plastic surgery treatments from a hospital in Thailand, plus airfare and a hotel stay during the treatments and recovery.

Abu Hanna beat out 11 other finalists, a diverse group spanning Israel’s geographic, ethnic and religious diversity, including a Russian, Muslims and residents of Beersheba, Haifa, Jerusalem and Tel Aviv. At least one finalist grew up in the haredi Orthodox community.

Several finalists told reporters they had struggled with the disapproval of family members — with some eventually finding acceptance and others not. Caroline Khouri, of the Arab town of Tamra, told NBC News her male relatives tried to murder her after learning of her plans to transition from man to woman.

“My cousins, my father, my brother-in-law all came and beat me and took me by force and cut my hair, tied me to the bed and left me there for three days with no food,” she said. Rescued by the police, the 24-year-old said she remains estranged from her family.

A formerly haredi Orthodox contestant, Aylin Ben-Zaken, said she “looked like a rabbi” before her transition, and ran away from home at age 15. But many in her family accept her now, she said.

“Three years ago I didn’t talk to my mom. Now she loves me, and I go to Shabbat dinner,” the 27-year-old told NBC News.

According to the Post, most of the contestants work as dancers or designers.

Asked about “pinkwashing,” the accusation that Israel exploits its LGBT rights record as a PR coup to hide its alleged abuses of Palestinians, pageant organizer Yisraela Stephani Lev said, according to the Post: “Listen, there isn’t propaganda here. We live in Tel Aviv, in Israel, the only sane country in the region where people can live as gays or transgender and no one is going to throw them off the rooftop or slaughter them. This is just the reality here. It’s not some sort of brainwashing or pinkwashing or whatever.”

Lev said hundreds of trans women contacted her “from Dan to Eilat, Muslims, Jews, Christians, Bedouin,” and that they held three auditions beginning in March to select the finalists. Criteria included not just physical beauty but a “sort of coexistence and diversity,” Lev said, adding, “We are looking for coexistence, because this is the beginning of peace.”