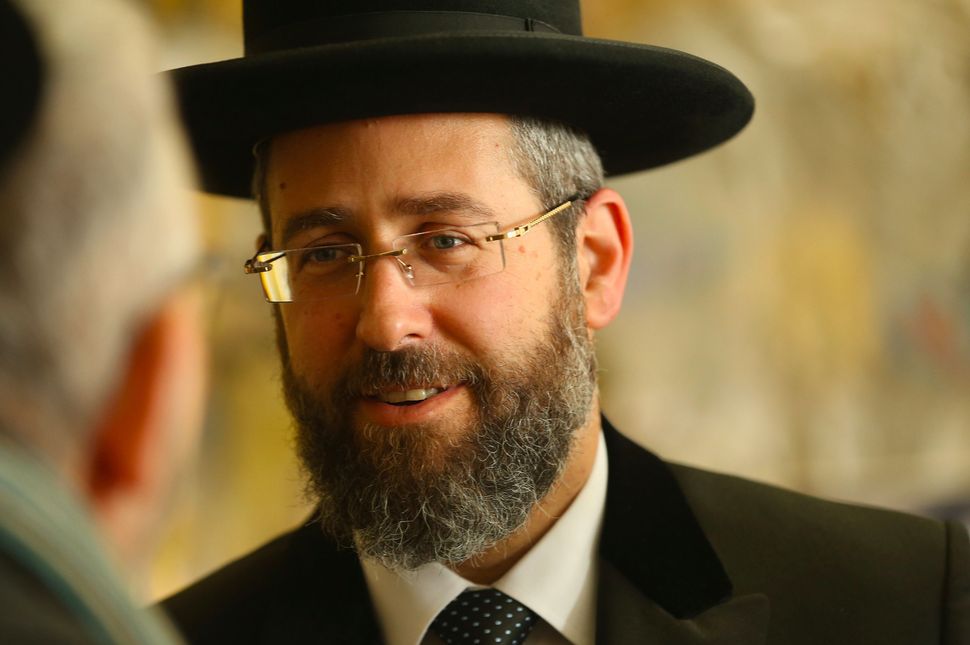 Israel’s Ashkenazi chief rabbi, David Lau, said the Jewish temple can be rebuilt on Jerusalem’s Temple Mount without moving any of the Muslim shrines there.

Speaking on the Knesset Channel Tuesday, Lau appeared to approve the idea of rebuilding the temple at the hotly contested site and said that there is enough room there for “Jews, Christians, Muslims, everyone,” the Times of Israel Thursday.

Since 1967, when the Temple Mount came under Israeli sovereignty, the chief rabbis have consistently ruled that Jews should not go there for fear they might inadvertently step over the place where the Ark of the Covenant was said to be stored in the first temple.

The mount, which is adjacent to the Western Wall and was the location of Judaism’s first and second temples, is run by the Islamic Waqf, a Jordanian body, under a deal worked out in 1967. Muslims generally have full access to the site, from where Mohammed is believed to have ascended to heaven, and the exclusive right to pray there. Jews can only ascend the mount during limited visiting hours and are forbidden from doing anything resembling worship such as kneeling, singing, dancing or rending their clothes.

Prime Minister Benjamin Netanyahu has repeatedly vowed to maintain the status quo at the site, even as growing numbers of Jewish activists have visited it — something many Palestinians view as a provocation. Rumors that Israel planned to change the status quo helped trigger the wave of Palestinian stabbing attacks and other violence that began in October.

Speaking on Tuesday, Lau said, according to The Times of Israel: “I can’t tell you exactly what was in the temple, but the truth is that when you see the prophets, the writings, the sayings of the sages, you understand that whoever went there came back full of inspiration, emotion, joy and satisfaction, so I yearn for those days.”

Orthodox authorities are divided over whether Jews should rebuild the temple themselves, or should wait for divine intervention.