$20M Gift to Holocaust Museum Will Focus on Technology and Democracy 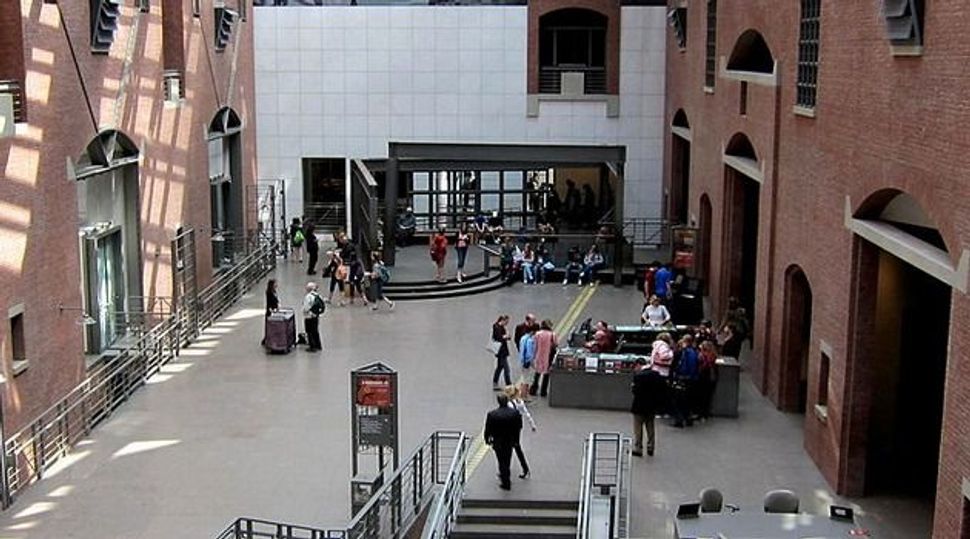 WASHINGTON — A $20 million gift will help the U.S. Holocaust Memorial Museum refurbish its 20-plus-years-old exhibit, with a focus on the challenges posed to democracies by rapid changes in technology.

Allan and Shelley Holt announced their grant on Monday in honor of the parents of Allan Holt, who are Holocaust survivors. Holt, an investment manager at the Carlyle Group, an influential Washington consulting outfit, is also vice-chairman of the museum’s governing board.

It is one of the largest gifts in the museum’s history and will go toward a $540 million campaign aimed at revitalizing the museum, the museum said in a release.

In an interview, the museum’s director, Sarah Bloomfield, and its chief program officer, Sarah Ogilvie, outlined areas where the money will help realign the museum’s educational mission with the 21st century, both through physical refurbishment and through programmatic changes.

One emphasis is on new technologies and how they can be exploited for propaganda, a potent relevancy in an age when political messages spread rapidly through social media and other means, the staffers said.

“The new technology of the 1930s was the radio,” Ogilvie said. “The Nazis tried to make sure every German family had one. We will be talking about new technologies and how young people were targets for the Nazis.”

A central message of the museum since its 1993 opening, that democracies are more vulnerable than their citizens believe them to be, will become more pronounced, Bloomfield said.

“It’s so important for an audience to see the failure of democratic institutions,” she said.

“That lesson is in the exhibition, but we can make it more explicit,” Bloomfield said, saying it was a critical message at a time of racially charged political rhetoric in the United States and abroad. “What we read about in the paper every day makes this history ever more relevant and more of a cautionary tale,” she said.

The changes and refurbishing, which will take place over five years to seven years, also will address how audiences have been shaped by technology. Docents, among them Holocaust survivors, have reported in recent years that they have to compete with multiple distractions, including hand-held devices.

“Some of them have expressed concern about keeping the attention of young people, they watch the distractions that can happen,” Ogilvie said. The museum may open avenues to interact with the exhibit through the devices now preoccupying the young visitors.

“You may be able to interact with a Holocaust survivor on your phone, instead of texting,” she said.

Ogilvie said attention spans have become shorter, another factor needing addressing. “If you look back at TV shows from 1989,” when the museum designed some of its video presentations, “pacing seems incredibly slow,” she said.

Another “nuts and bolts” change,” Ogilvie said, would be to the “Tower of Faces,” a central structure featuring photographs of victims and survivors of the Holocaust. Some of these have faded, and the museum plans to return to the original negatives and digitize them.

Updates would also incorporate information made available since the museum’s opening. Access to Russian archives, post Soviet collapse, has revealed much more about the “Holocaust by bullets,” the mass murders Nazis carried out in Soviet areas.

Bloomfield said Holt has been involved in the strategic planning.

Holt’s parents are about to celebrate their 70th wedding anniversary – his father is 96 and his mother is 93. “This gift is an expression of our family’s gratitude to this remarkable country, and most especially it honors my parents, all of my grandparents who were killed, and my mother’s two sisters who survived with her,” Holt said in a statement released by the museum.

$20M Gift to Holocaust Museum Will Focus on Technology and Democracy