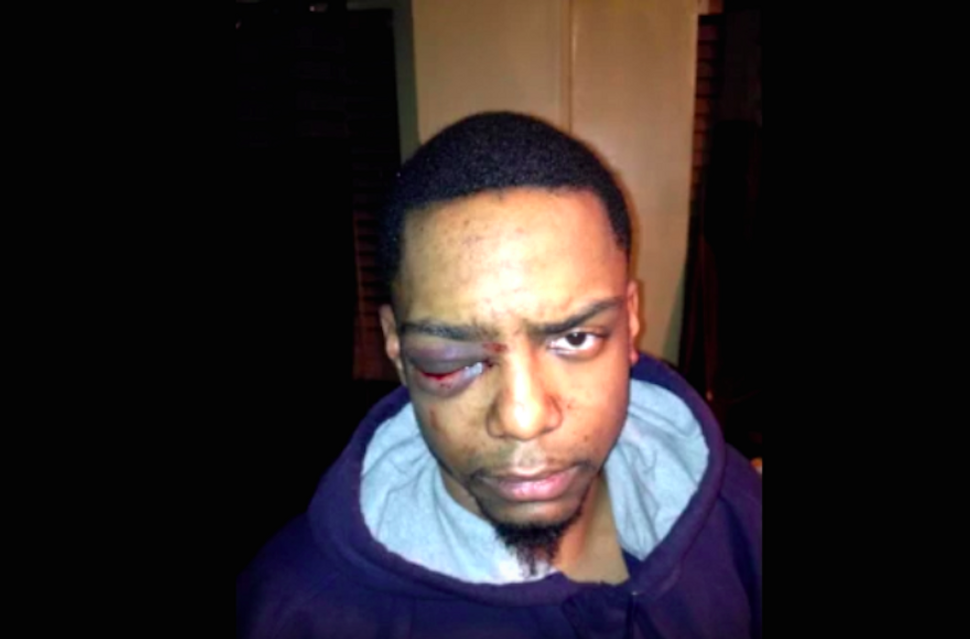 The victim, Taj Patterson, was expected to file a lawsuit in federal court on Monday, the New York Daily News reported. The suit also names the Shomrim security patrol, Patterson’s alleged assailants, and several individual police officers. It does not specify how much Patterson is seeking in damages.

The suit accuses police of mishandling the investigation and alleges that the mishandling is directly related to an ongoing federal corruption scandal in which several police officers and Orthodox Jewish businessmen, some with ties to the Orthodox neighborhood security patrols, have been arrested.

Patterson, now 25, was attacked, allegedly by a gang of Orthodox Jewish men, some of whom were Shomrim members, in December 2013. He lost sight in one eye as a result of his injuries. While five Hasidic men were indicted in the assault, two had charges dropped against them and two pleaded guilty to unlawful imprisonment, a misdemeanor, and are awaiting sentencing. The criminal case of the fifth man remains open, according to the Daily News.

“The City’s policies have essentially created a private police force with special connections to the NYPD, funded and outfitted by the City, without any supervision of that force,” the lawsuit alleges, adding that its “deliberate indifference caused Plaintiff’s injuries.”

“The corrupt relationship between the NYPD and the Shomrim has never been a secret — and Taj’s beat-down by a gang of thugs in black coats and rent-a-cop jackets was the inevitable result of the 90th Precinct’s two-class system,” Andrew Stoll, one of Patterson’s attorneys, told the Daily News.

The complaint also notes that the city has given Shomrim patrols throughout Brooklyn over $1 million through the years for bulletproof vests, police radios and even two “command vehicles” worth about $300,000 each.

“Shomrim members have readily been allowed access to areas of NYPD precincts not ordinarily open to the public,” the lawsuit alleges. “The safety patrol virtually replaces the official police in parts of Williamsburg.”

Neither the NYPD nor the Shomrim Williamsburg Safety Patrol responded to the Daily News’ request for comment.