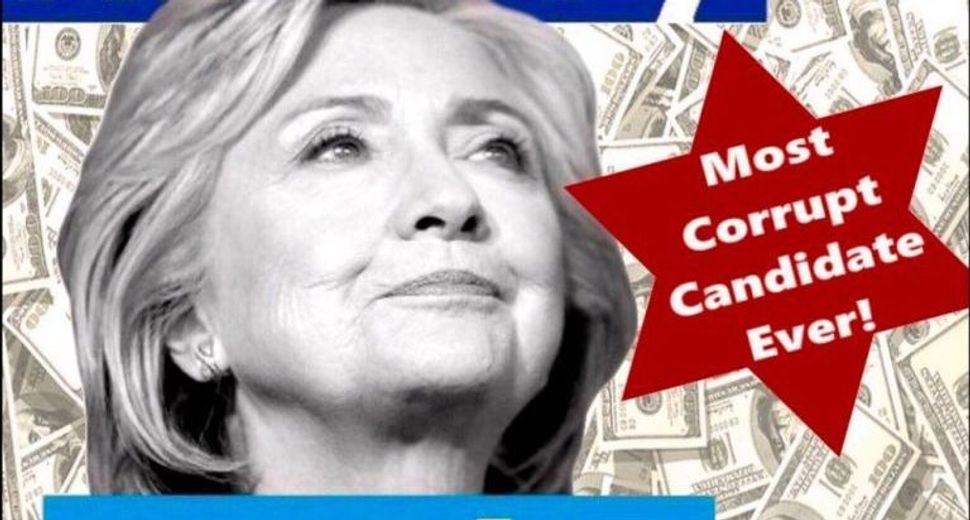 “Most Corrupt Candidate Ever!” declared Donald Trump’s official Twitter feed early on Saturday morning, with a picture of Hillary Clinton, a heaped pile of money and a large red, six-pointed Star of David.

He later took it down (to replace the star with a circle) but made no apology for the offence he had caused. News sources touted the blatant anti-Semitism of the tweet. Esquire also noted its poor design quality, the Verge said that it was up for two hours before it was taken down and the New York Daily News noted a tweeted response from Michael Skolnick: