Ruth Bader Ginsburg Does ‘Not Want To Think’ About President Trump 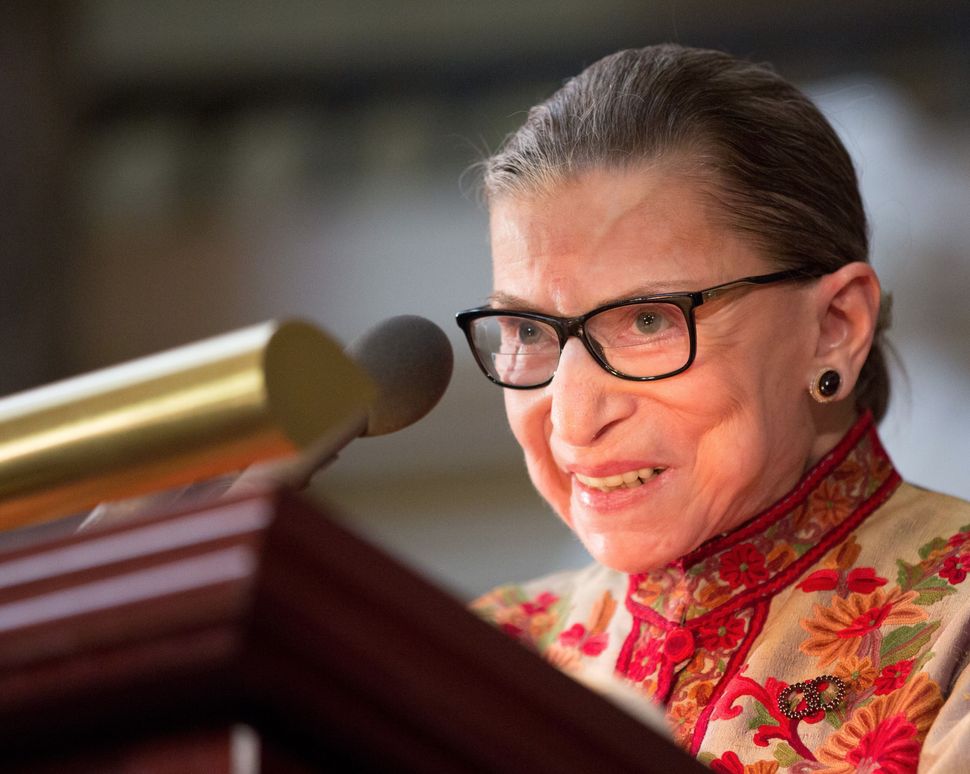 What does Ruth Bader Ginsburg think about Donald Trump?

You don’t need to be a genius to read between the lines.

When asked about a hypothetical Trump presidency, the Jewish Supreme Court justice said, “I don’t want to think about that possibility.”

If the Donald were to win, she continued, “everything is up for grabs,” including appointments to the court and the chances of certain decisions being overturned by the new court.

Ginsburg also gave a coy (but unsurprising) suggestion of who her preferred candidate is.

“It’s likely that the next president, whoever she will be, will have a few appointments to make,” she said.

Ginsburg also discussed the court’s recent decisions, including the rulings on abortion and affirmative action. In particular, she explained why she added a separate concurrence to Breyer’s majority opinion striking down a Texas law that would have curtailed the number of abortion clinics in the state.

“I fully subscribed to everything Breyer said, but it was long, and I wanted something pithy,” she said. “I wrote to say, ‘Don’t try this anymore.’”

If only she could say as much to Trump.

Ruth Bader Ginsburg Does ‘Not Want To Think’ About President Trump