The Wiener Name Is Going to the Dogs — Again 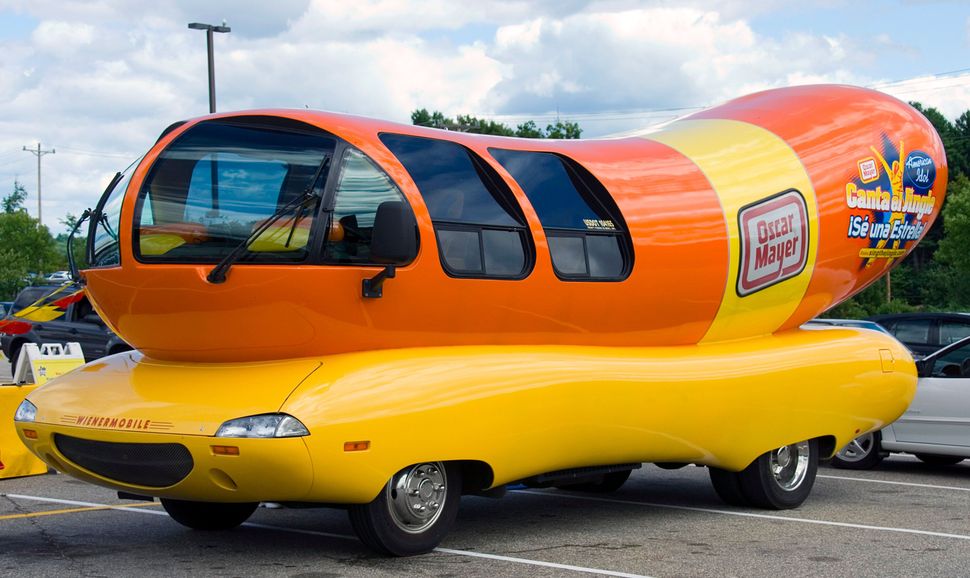 The Wienermobile Image by Wikipedia.org

Yes, you can take a wiener on a summer picnic. But, let me tell you, growing up a Wiener was no picnic.

Being a kid with my last name meant being serenaded with spontaneous performances of the “I Wish I Were an Oscar Mayer Wiener” jingle. There were always giddy mentions of wiener dogs and wiener schnitzel, not to mention gleefully delivered lewd remarks, proudly stated as if the speaker truly believed he — and it was usually a he — was the first to notice my surname’s phallic connotations.

Fortunately, I grew up, surrounded myself with mature adults and mostly got over it.

Until Anthony Weiner’s 2011 Twitter scandal, that is, which sparked a headline battle for best double entendre using Weiner. (Yes, not technically my name, but it’s pronounced the same.) After a few months, however, the scandal, ahem, petered out, only to rear its ugly head again in 2013, when Weiner ran for mayor of New York and sent explicit photos under the alias Carlos Danger.

Eventually, my life returned to normal, save for the constant misspellings (it’s “I-E” not “E-I”), mispronunciations (WEE-ner, not WHY-ner) and occasional person who insisted I was in fact wrongly pronouncing (or spelling) my own name.

But now, my Wiener trauma is threatening to resurface.

Last month “,” the critically acclaimed documentary about New York’s exhibitionistic former congressman and mayoral aspirant, hit theaters. And last weekend “Wiener-Dog,” the new Todd Solondz film, came out. The movie not only resurrects “Welcome to the Dollhouse” heroine Dawn Wiener, it also revolves around a dachshund, aka “wiener dog,” that keeps moving from owner to owner.

If that weren’t bad enough, I did some research on IMDB and discovered a veritable hot-dog cart of Wiener films and TV shows.  There’s a Web series called “Wiener & Wiener” with one of the most bizarre one-sentence treatments I’ve ever encountered: “A hot dog and his human roommate try to find their way through life and love in New York City.” (Couldn’t they have kept my name out of it and called it “Hot Dog and the City” or “The Very Odd Couple”?)

Then there’s the 2008 film “Wieners,” which is apparently a “road trip comedy about three friends who travel across the country in a Wiener Wagon to beat up a popular daytime talk show therapist.” I assume by Wiener Wagon they mean a hot-dog vending truck. (Not to be confused with the Wienermobile, a special hot dog-shaped vehicle that travels the country promoting Oscar Mayer franks.)

There’s also the 2007 feature-length “Wiener Takes All: A Dogumentary” about the “surprisingly political world of competitive dachshunds.” Which perhaps was the inspiration for “The Wiener Nationals” and its sequel, “The Wiener Internationals” — two G-rated films about a family entering their adopted dachshund in “the nation’s greatest wiener dog race.”

Even Judd Apatow has gotten into the game, sort of, with an upcoming animated film about some hormonally charged and anthropomorphized hot dogs and buns (and these buns are the Georgia O’Keefe flowers or Judy Chicago “Dinner Party” of hot dog buns, if you get what I mean.) Thankfully, it’s titled “Sausage Party” and not “Wiener Party,” but I suspect somewhere in the film my name gets dragged through the mustard a little.

Perhaps I should just divorce myself from Wiener by taking my husband’s name, Moreau. It gets misspelled and mispronounced (outside the Francophone world at least), but has no associations with dogs, meaty junk food or male junk.

On the other hand, after 18 years of marriage, is it too late to change names? Would I be betraying my feminist ideals? And would I be turning my back on my Jewish heritage if I dropped the recognizably Jewish name? Plus: Do I really want to deal with the paperwork of formally changing my name?

I’ve been a Wiener for more than 40 years, and, like it or not, it’s part of my identity. So, in the tradition of all those other Jews who trace their ancestry to Vienna, I’ll stand tall and carry on the Wiener name, despite all the roasting.

The Wiener Name Is Going to the Dogs — Again