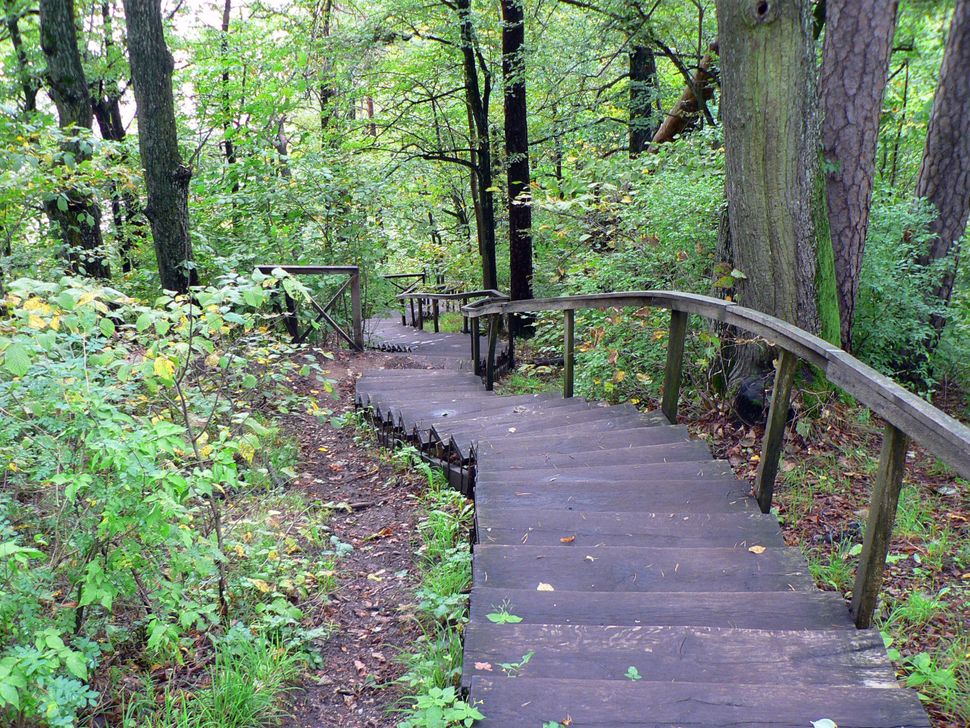 The Vilnius forest Image by Wikipedia.org

On the night of April 15, 1944, a group of 40 Jewish prisoners — who were being held in captivity in Lithuania, forced by Nazis to cover up the massacre of some 100,000 Jews in a forest near Vilnius —  they had dug at night, using only spoons and their hands. Many of the escapees were shot dead by guards, but 15 got away.

Thanks to advances in archaeological technology, the tunnel from that miraculous, tragic story has been discovered, as announced by the Israel Antiquities Authority on Wednesday.

The popular PBS science show “Nova” will air a documentary on the discovery next year.